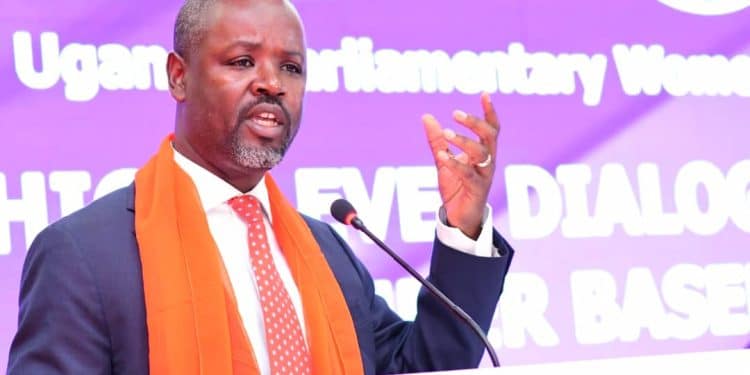 Deputy Speaker Thomas Tayebwa has pledged Parliament’s commitment to appropriate money for the construction of more shelters for gender-based violence (GBV) victims across the country.

Tayebwa was officiating at the Gender-Based Violence Dialogue by the Uganda Women Parliamentary Association – UWOPA where the need for shelters was underscored.

Through Public-Private partnerships, 13 GBV shelters have been constructed in different parts of the country to provide temporary accommodation to Victims and survivors of Gender-Based Violence. But the Minister of State for Youths and Children Sarah Mateke says there is still a big need for such facilities to provide victims with emergency care, counseling, psycho-social support, and legal aid.

While officiating at the High-Level Dialogue meeting on Gender-Based Violence organized by Uganda Women Parliamentary Association-UWOPA Tayebwa assured GBV activists of a commitment by Parliament to fund the construction of more shelters.

According to the 2021 police crime report, about 16,242 cases of gender-based violence were recorded last year. Out of these, 8,064 were domestic violence, 6,838 were defilement, 749 were rape, and 223 were aggravated domestic violence that resulted in death. In this regard the deputy speaker wants the government to work with religious leaders to read out names of men who beat their wives during Mass and Services as a measure to curb the vice.

The minister of state for Youths and Children’s Affairs Sarah Mateke called on stakeholders to unite and fight GBV as a teamwork. The minister challenged the judiciary for being lenient on GBV offenders and expressed a need for a program of supporting the children of prisoners.

Evelyn Letiyo from UN Women urged Parliament to lead the enactment of laws and Policies that can protect women and girls from gender-based violence. She emphasized the need to review laws relating to child marriage and teenage pregnancies especially on penalties to adopt more punitive and deterrent penalties.

Sarah Opendi the  Chairperson of Uganda Women’s Parliamentary Association – UWOPA expressed concerns that GBV has now extended to men, mentioning one man in her constituency who was killed by a female partner.