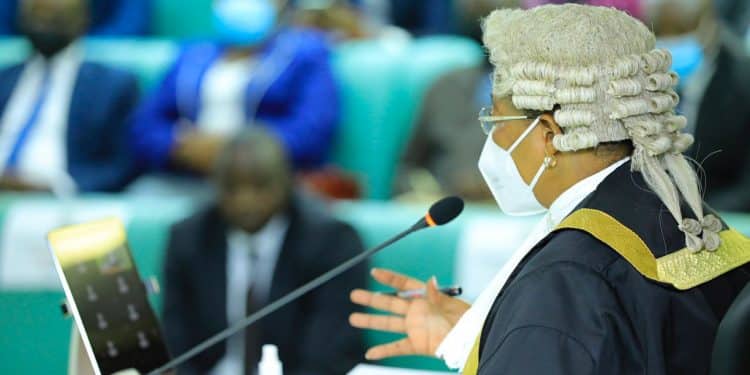 Opposition Protest Unfair Terms and Conditions of the Loan.
Parliament has  cleared the government to borrow approximately Shs1.73tn from Standard Chattered Bank UK and other financial institutions to support the Development and Infrastructure budget of the current financial year.

The approval was reached amidst tense protest from the opposition side which opposed thought loan terms and conditions.

The minister of state for finance Min. Henry Musasizi presented before parliament a motion to approve a  proposal by the government to borrow up to Euros 455.03 million equivalent to UG Shs1.73tn to be arranged by Standard Chartered Bank comprises Euros 272.33 million (60%) from the NEXI facility and euro 182.7 million (4O%) from the ICIEC facility.

The loan will be provided by a consortium of financing institutions arranged by Standard Chartered Bank UK provided by Nippon Export and investment insurance, (NEXI), Abu Dhabi Fund for 4Economic Development (AFED), and IslamicCorporation for the insurance of Investment and Export Credit (lClEC)

It has a Maturity of 10 years, with a grace period of 4 years and a tentative interest rate of  5.24% While presenting the committee report, the National Economic committee observed that there are
intermediaries who are making the cost of the loan very expensive and faulted government for not going for Direct sourcing of loans. Brokers of this loan are making away with over 45 million Euros which has shocked MPs.

The Committee recommended the ministry of finance renegotiate
provisions relating to the waiver of sovereign immunity to avoid
exposing critical government assets to creditors in case of default.

But the National economy committee also assured parliament that the
public debt will remain sustainable over the medium and long term even
if govt borrows Euro 455.03 million to provide budget support for the
FY 2022123.

However, the opposition through a minority report presented by the
Katikamu South MP Hassan Kirumira protested the approval of the loan,
citing tough terms and conditions of the loan.

Tension mounted on the floor of parliament as the opposition cast doom
of the alleged scarcity of liquidity in government which is used by the government to persuade parliament on this loan mentioning recent government expenditures.

The state minister Musasizi conceded that some conditions need to be renegotiated but assured parliament that issues around terms and conditions are going to be harmonized after parliament’s approval.

Despite a spirited fight by opposition to stay approval of the loan, the ayes. had it at the end of the day. 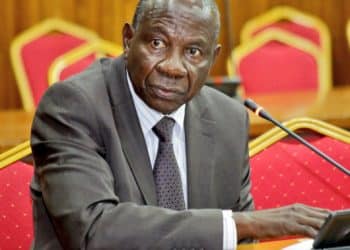