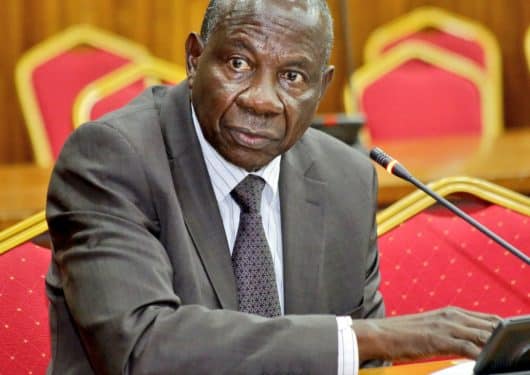 Commits to Take Traders to Juba to Verify Their Claims.

The minister of finance Matia Kasaija has committed to take all Ugandans traders who lost property in South Sudan War to Juba to claim their compensation.

Kasaija who was appearing before the parliamentary committee of Trade and Tourism give an update on the long-standing compensation claims by Ugandan Traders and noted that they are  only verified three out of the 160 claimants.

Appearing before the parliament’s committee of Trade and Tourism,Finance Minister Matia Kasaija told MPs that the cabinet sub-committee which was appointed to handle the matter concluded consultations and only awaits cabinet guidance.

He said  only three claimants were verified by the verification process which was conducted by Ernest & Young. These include Adroit Consult International which claims Shs1.08bn, Dott Services Limited Shs7.4bn, and Roko Construction Limited of 17.1bn, Kasaija noted.

This is out of 160 claimants who underwent an independent verification process with claims amounting to Shs1.531 trillion. Meanwhile has paid Shs155bn to 10 companies. Therefore Kasaija pledged before to carry the unverified claimant to the minister of finance of the government of South Sudan to make their own case.

However, committee members questioned how the first 10 companies were paid without first undergoing a verification process and the criteria that were used to categorize the claimants.

In May 2019, the 10th Parliament approved 900 billion Shillings to compensate 33 companies, which supplied goods and services to the Government of South Sudan between 2008 and 2010 but only 10 companies were compensated. 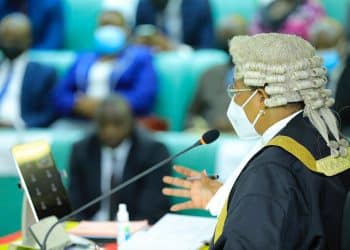 Parliament Clears Govt To Borrow Shs1.73tn Opposition Protest Unfair Terms and Conditions of the Loan. Parliament has  cleared the government...