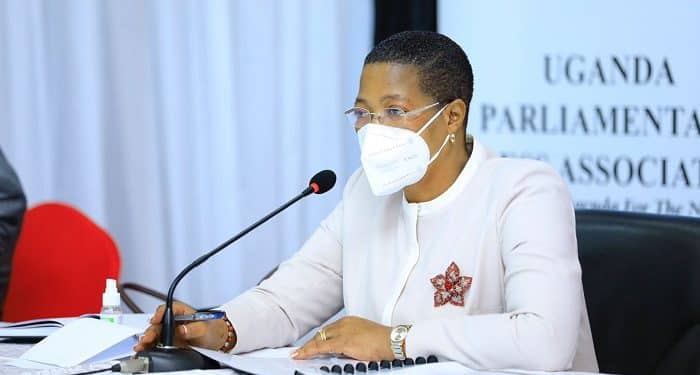 The speaker of parliament Anita Annet Among has warned journalists accredited to cover parliament to desist from publishing unauthorized information as they will be charged under the recently passed computer misuse Act.

Among was presiding over the inauguration ceremony of the new leaders of the Uganda Parliamentary Press Association- UPPA. 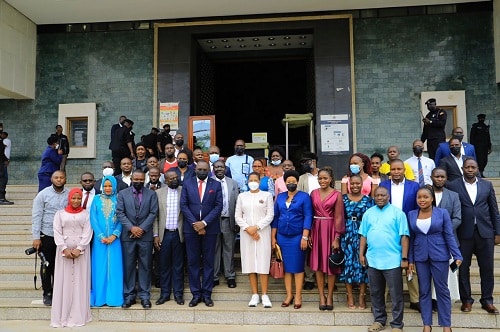 The speaker of Parliament Anita Among today presided over the swearing-in ceremony of the new leaders of the Uganda Parliamentary Press Association (UPPA)at parliament, an association that brings together the journalists accredited to report at parliament. She urged journalists against promoting hate speech in their reporting, quoting the tough provisions in the newly amended Computer Misuse Act.

The Journalists last week voted for Sam Ibanda Mugabi as their new president replacing Moses Mulondo whose term of office had come to an end. The speaker noted that journalists should be careful while reporting on matters about parliament and avoid being used as machineries to destroy some members of parliament.

Among has also encouraged journalists to research the topic they are reporting about to avoid being caught on the wrong side of the law.

The chief opposition whip John Baptists Nambeshe who represented the leader of the opposition at the function noted the future of journalism in Uganda is becoming more challenging with restrictions on the media and poor pay for journalists.

The incoming UPPA president Sam Ibanda Mugabi and the Outgoing Moses Mulondo told the speaker that Journalists are going through a tough time as the violation of their rights is escalating. 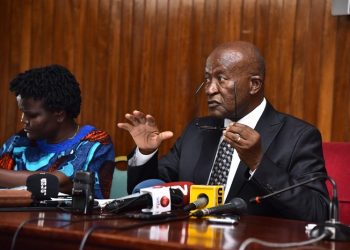