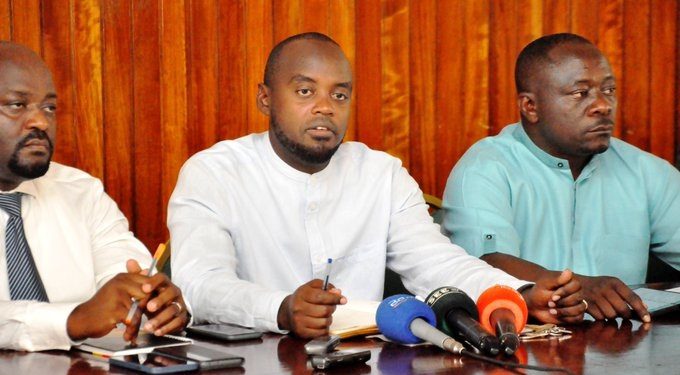 The Bill Seeks to Protect Consumers from Exorbitant Prices.

The parliamentary committee on trade has re-embarked on plans to introduce a consumer protection law that will shield Ugandans from exorbitant pricing and unsafe products on the market after the failure of the government to move the much-awaited bill.

The new development has been announced by the committee Chairperson, Mwine Mpaka, and other members of the committee in a press conference held at Parliament, saying that the consumer protection law is their main focus in the coming days.

The committee of Trade tried to moot the bill at the beginning of this year but developed cold feet when the government announced intentions to introduce move the same bill. The skyrocketing prices of essential commodities like Fuel, Sugar Food, and soap among others have taken a toll on Ugandans since this year began. Members of the Trade Committee believe the bill is the panacea to market problems.

The bill seeks to establish a board that approves the prices of goods and services before they are put on the market. It will be mandatory for every player to submit their prices for approval, and those who are saying that the bill will chase away investors are lying. But it also seeks to establish small claims court which will address for small claims of consumers.

MPs also want to use this law to ensure the quality and safety of foods and beverages on the market to protect consumers from concoctions that are escalating cardiovascular diseases.

Mpaka the Mbarara City Division South legislator noted that the transport sector is also a major target for this piece of legislation as it seeks to address fluctuations in transport fares especially during the Festive season.