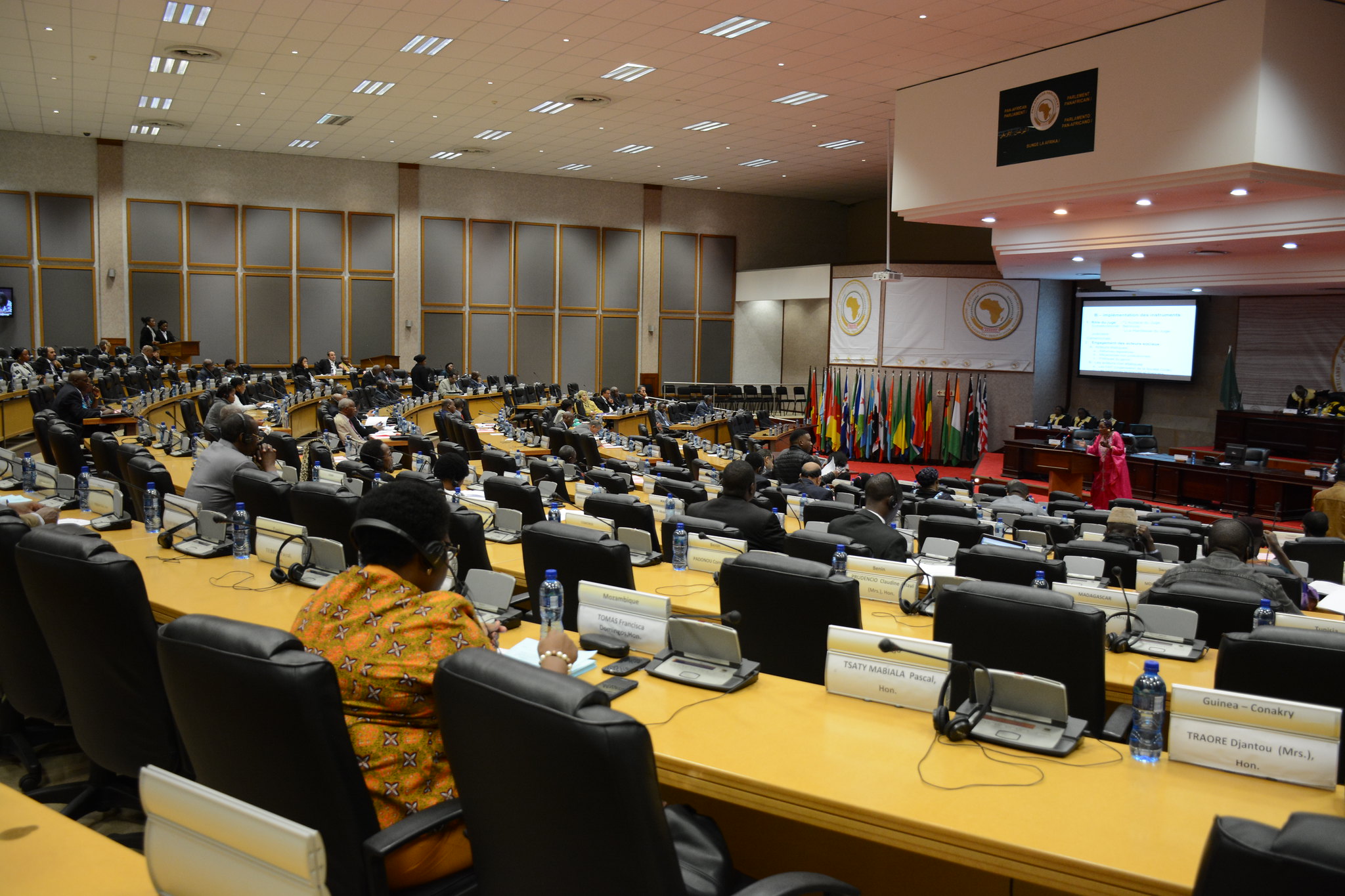 The Pan African Parliament (PAP) has called for internal democracy in political parties in order to build proper democracy at national level.

Debating a report on political parties building vibrant and inclusive democracies in Africa, PAP recommended that political parties should continue to be the champions of the rule of law and strong advocates of the resolution of existing electoral conflicts.

The report was presented by Hon. Aboubacar Sidiki Kone, the Chairperson of the Committee on Cooperation, International Relations and Conflict Resolution and considered during a sitting chaired by PAP President Roger Nkodo on Thursday, 16 May 2019.

The report was out of a workshop on elections and democracies held in Midrand, South Africa in March.

During the workshop, members observed that informal actors with an interest in the incumbency or regime change, influence of foreign interests, and an unequal ground between the opposition and ruling parties as some of the challenges faced in organising and holding elections in Africa.

In the debate, members said that although some progress has been made in democracy in Africa, a lot still has to be done to reduce the violence exhibited at election time.

Hon. James Kakooza said that there was need for politicians and political parties to be accommodative and not to view their opponents as enemies. He called for better civic education ahead of elections to provide the requisite information and knowledge about the process, candidates and parties.

“We need to emphasise this and have people stop viewing persons in other parties as their enemies but take it as a matter of principle and choice to belong to a different party,” he said.

Prof. Ogenga Latigo commended South Africa, the hosts of the PAP, for holding what turned out to be a hugely successful election last week. He appealed to other countries to copy the country’s example and also provide for voters to be able to vote from anywhere in the country.

Members blamed the high contestation and level of violence during elections in most African countries on the ‘winner takes all’ system, where losers are not considered in the new government.

It was also recommended that political parties develop and implement their own internal code of conduct that will, among others, penalise electoral offenders.