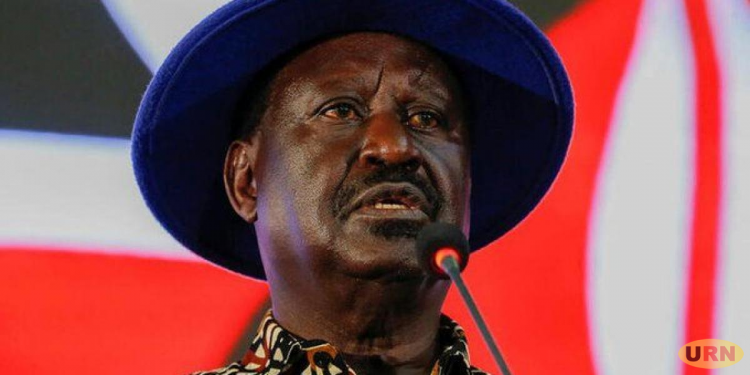 Odinga, the runner-up in the just concluded Kenya General Elections has rejected the outcome of the polls announced yesterday, and said he will pursue ‘all available constitutional options.

Earlier today, IEBC Chairperson Wafula Chebukati gazetted Ruto and his running mate Rigathi Gachagua as elected president and deputy president respectively. But Odinga, who spoke this afternoon about the results and the announcement for the first time, said that Chebukati disregarded the constitution by announcing the results which were disowned by a majority of the commission members.

He also urged his supporters to remain calm and maintain the peace that they had so far exhibited, adding that for now, he will not announce all the plans that he has, but that he will use all the constitutional options available.

Minutes before the announcement at The Bomas of Kenya on Monday, four commissioners led by Vice Chairperson Juliana Cherara stormed out of the tally centre and later told the media that Chebukati was handling the process in an ‘opaque way’, and therefore they could not be a party to the results.

Odinga said the walk-out was because the Chairperson had presented them with different results from the ones that were being tallied, and said he was ready to present them.

Odinga says Chebukati also went against the laws which clearly stipulate how the results are supposed to be released with the approval of the majority of the commissioners. He says Chebukati had all the authority to prevent any negative outcome if he followed the laws, but Odinga says, the chairman already had made up his mind on who to announce the winner.

Most experts say that Odinga’s options are limited to getting the court to grant scrutiny and recount the vote, and also to nullify the announcement of William Ruto as president-elect.