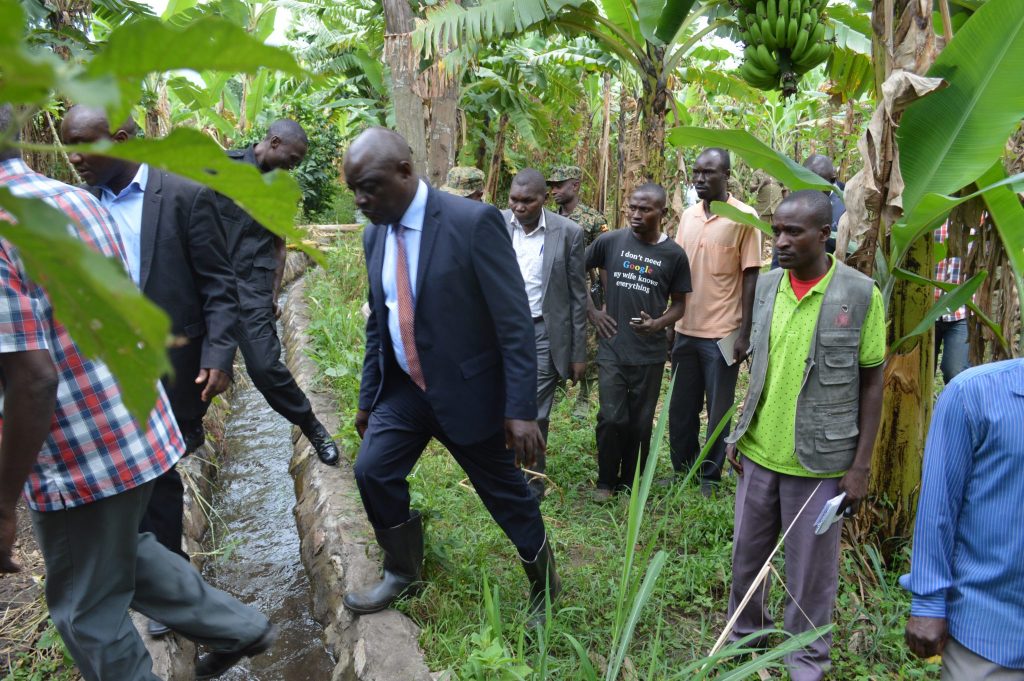 Residents of Nakaseke District in Central Region are locked in a battle with nature, local leaders from Kinyogoga and Ngoma Sub-Counties say monkeys have destroyed more than 50 acres of crops in just one month, according Kinyogoga Sub-County chairperson, Mugisha Godfrey, the most affected plantations are those close to game parks and forests.

In a meeting of farmers, local leaders and the minister of agriculture, animal industry and fisheries, Vincent Bamulangaki Ssemijja at Nakaseke District Headquarters today, Mugisha said several acres of cassava, potatoes, banana, tomatoes, maize and beans have been trampled or eaten by the voracious monkeys.

Mugisha said like it has intervened in other issues that affect the communities; government should come up with a remedy for monkeys that have attacked crops in this area, he added that at local levels, they do not have capacity to kill or control these monkeys and sometimes Uganda Wild Life Authority arrests those who attempts to hunt or kill them.

Ssempijja said he is going to write to the relevant ministry and the district to ensure that the problem is solved; he added that vermin not only destroy gardens, but sometimes they transmit deadly diseases to animals. This has come at a time when government is battling with Foot and Mouth Disease (FMD) which has escalated to now more than twenty Districts.