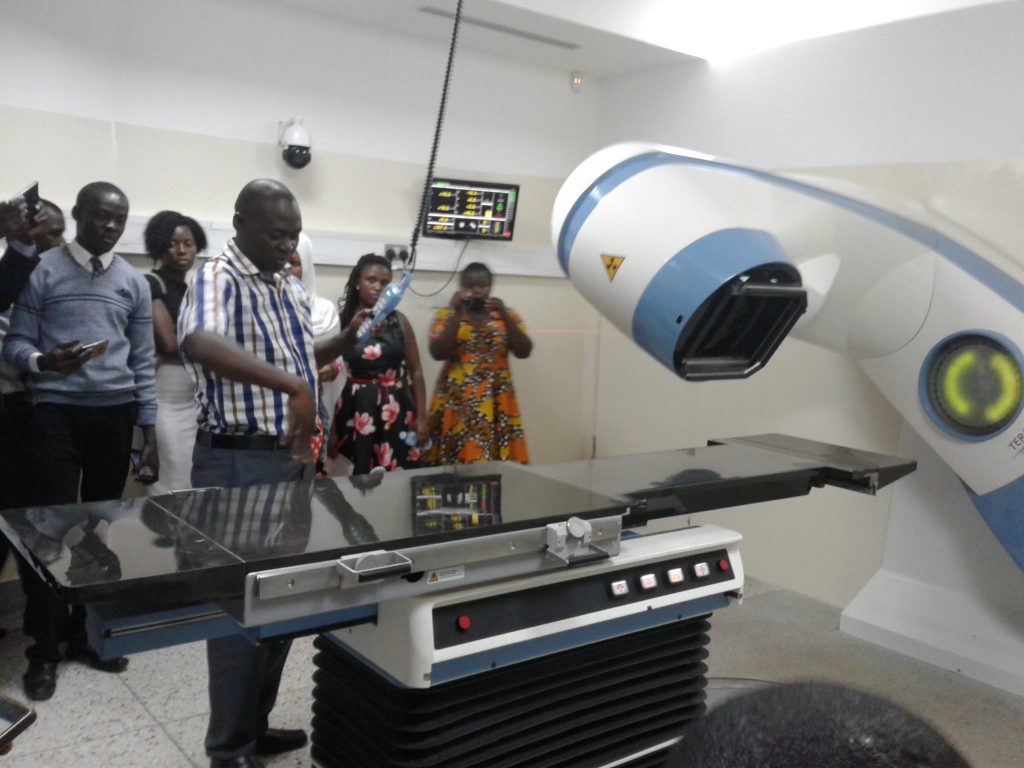 The new radiotherapy cancer machine will perform its fast treatment to a patient early December this year.

According to the executive director cancer institute, Dr. Jackson Orem, the new machine that cost over euros 700,000 is now waiting to be certified by the international atomic agency .

He said that the agency last week sent a team in Uganda to inspect the machine and is to produce a final report and certificate to okay its operations since treatment cannot be started without the global agency giving a green light to the usage of the machine.

Dr.Orem adds that though commissioning of the new machine will be held on 16th January next year, treatment will commence as soon as the agency certifies the machine and its technology used in offering treatment to the patients across section of the general public very much doubted the effectiveness of this new machine and the technology.

He assures the public that the machine is very new and uses modern technology that is globally accepted to treat cancer patients.

However, the head of radiotherapy department, Dr. Daniel Kanyike and Dr. Kavuma Awusi who is the senior medical physicists at the institute reveal that the new radiotherapy machines comes with modern technology compared to the old one which now gives more advantages mentioning, treating more patients to a maximum of 100 patients per day compared to 80 previously, having more safety features for both the patient and the operator, provides much more effective treatment to patients among other advantages that will improve treatment of cancer patients in the country.

Furthermore, the new machine is computerized giving it room to take and upload photos of a patient undergoing treatment with this according to the doctors will avert having wrong treatment administered to a wrong patient much so the doctor handling a particular patient will have the authority to treat that very patient as the information will have already been fed into the machine.

The doctors further say,” the machine will only take short spells of 40 seconds minimum to treat a patient basing on the burden of the disease and not more than one minute compared to the old that used to take 260 seconds to treat a single patient.”

The institute also says that they are now worries for patient back log since they have been receiving treatment even in the absence of the machine. But Dr. Oryem again emphasizes that,” treat is free to patients unless a patient’s call for private and special treatment then they will be charged a certain fee.”

The breakdown of the old cancer machine at the institute left very many cancer patients worried as there were no plans for them to access modern treatment not until govt partnered with Agha Khan Hospital in Nairobi to offer treatment to special cases.

The new machine that arrived in the country mid this year received criticism from different sections of the general public with some saying its very old and out dated, very expensive among many other criticisms but the head of the institute assures the public that it’s a new machine using modern technology to treat adding that soon they will be importing a linear accelerator among other modern machines to treat cancer.