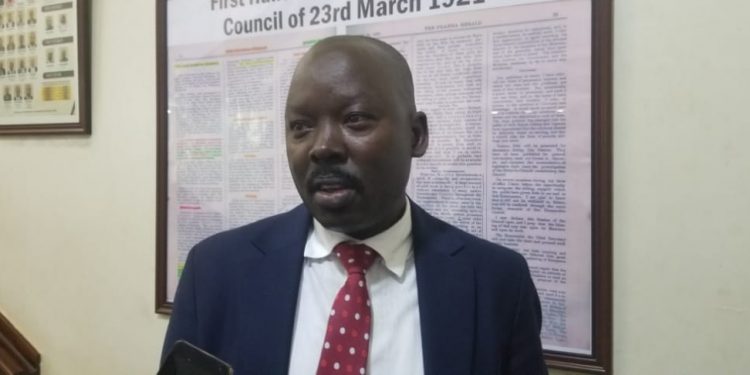 A section of Members of Parliament sitting on the Presidential affairs  committee of parliament has proposed that the ministry of  relief  and disaster preparedness in the office of the prime minister (OPM) becomes independent .

The MPs want the ministry separated from the OPM , for effective and swift response to disaster occurrences in the country.

They  also support the move to have disaster centers in all regions of Uganda which will cut the pressure on the local leaders running to
MPs every time a disaster occurs because the centers will ease relief to reach the affected areas on time.

According to Aringa county member of parliament Ezama Siraji Brahan, if the ministry is independent it can respond to disasters as soon as they occur .

He noted that the current set up, requires the ministry to do consulattions with the OPM, which takes time to respond to the disasters.

“last time I talked about it in the committee, I concur with the suggestion because disaster needs to be handled as soon as it happens
and we don’t have certainties for disaster,” Ezama said.

Lamuwo District Woman representative Nancy Acora also supported the idea saying it is  high time the ministry of disaster be designated  separately because the office of the prime minister is overwhelmed by other many ministries under its docket.

” As a committee for presidential affairs since last year we have been advising and recommending to the government of Uganda that the ministry of disaster preparedness be designated differently,” Nancy explained.

She added  that if it’s independent with its own budget, it will come in a block vote to plan better every year, in order to help it decentralize the issues of disaster preparedness in the districts so that the country is not caught unaware of issues of disaster.

Kilak county member of parliament Gilbert Olanya  who is not a member of the committee also supports the idea, saying if the ministry is
independent then it will have its resources to respond to disasters very fast instead of waiting for money and directives from the ministry of the office of the prime minister.