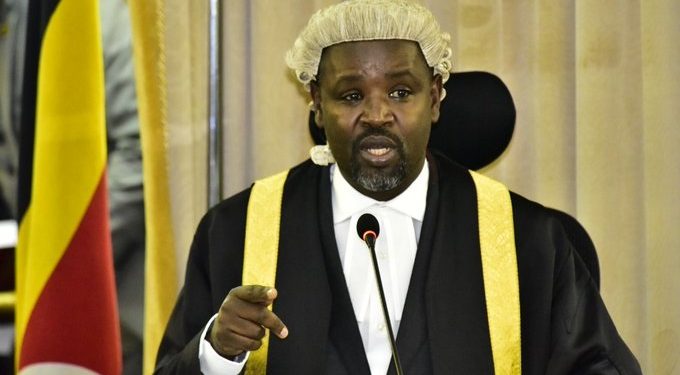 The Deputy Speaker of Parliament, Thomas Tayebwa has called on the Ministry of Finance to increase funding to the National Physical Planning Board for it to effectively execute their mandate.

While chairing the House on Thursday, 18 August 2022, Tayebwa said that the Board is not receiving sufficient quarterly funding to carry out its key roles of compliance and enforcement of proper physical planning across the country.
“Out of the shs1.5 billion that they were supposed to get to ensure compliance and enforcement for the whole country, they received only shs100 million for the first quarter. This cannot even pay staff and you want them to enforce?” Tayebwa said.

He also tasked the Physical Infrastructure Committee to meet with relevant agencies handing operations with the board to make sure Uganda’s physical planning is at par with neighbouring and foreign countries.

The Deputy Speaker alluded to a matter of national importance previously raised by Iganga Municipality MP, Hon. Peter Mugema  about construction works on an open space in Iganga district that were halted by the Prime Minister and the board.
“Despite these works being halted, they have gone on to build and I understand town clerks are issuing building permits in wetlands,” Tayebwa said adding that, ‘the Committee on Physical Infrastructure should also visit that site in Iganga and clearly identify what the problem is. Open spaces are for the public’.

Hon. Solomon Silwany (NRM, Bukhooli Central) called for strong action by Parliament on individuals who disregard resolutions and directives passed by the House.
“Why would the town clerk allow the construction to continue when the Prime Minister stopped it and there is a court process? If the indiscipline of disregarding Parliament directives continues, we shall not deliver on the mandate of the people,” Silwany said.

Hon. Geoffrey Macho (Indep., Busia Municipality) raised concerns about the neglect of the physical planning town councils and new cities across the country.
“In all the cities, it is only Kampala that has a public city square where people can sit and spend time. All the squares that were in the other cities have been grabbed,” Macho said.

Kazo County MP, Hon. Dan Atwijukire observed that slum areas are developing in some of the recently created cities across the country which he said can be addressed by good planning.
“If there is something we should put our attention on and be counted for is to champion planning of our cities so that we avoid a repetition of what has happened to Kampala,” said Atwijukire.

Kumi District Woman MP, Hon. Christine Apolot said that better facilitation of the National Physical Planning Board will improve its work, noting that the frequency of meetings of physical planning committees at local overnment level is very low.
“Across the country, a number of centres are coming up and structures are being established, but because of lack of physical planning, the buildings are being demolished which has caused losses to people,” Apolot said.
She recommended supplementary funding to the board on top of its budgetary funding to efficiently implement proper physical planning across the country.