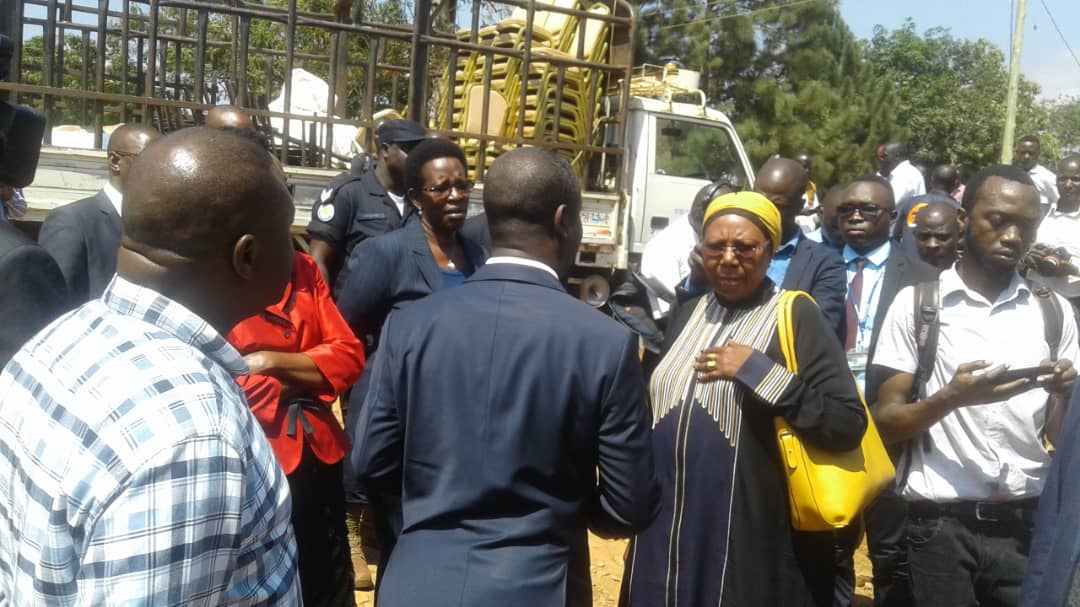 Members of the Parliamentary Committee on National Economy have threatened to table a motion in parliament to recall the loan for the project for the construction of Lubowa specialized hospital.

Following their denial to access to the construction site where government plans to build a specialized Hospital.

They warned that they will table a motion in parliament to recall the loan for the project if it turns out that the contractor has abused any of the obligations laid out in the contract agreement.

The MPs threat was issued as state Minister for Finance Hon. David Bahati interfaced with the committee members during a committee meeting  on way forward following an incident that happened recently when committee members on a field visit were turned away and denied access to a construction site by the project contactor who cited safety concerns of MPs.

The Minister apologized on behalf of the ministry of finance and promised that he is in touch with the contractor so that the committee can visit the site when necessary.

Legislators chaired by Hon. Syda Bbumba told Hon. Bahati that they have several alternatives if they find out that provisions in the contract agreement  has been misused including tabling a motion in parliament to recall the loan, or suspend approvals of all loans brought to the committee until they are allowed to do their oversight role.

Minister Bahati however assured legislators that he committee is able to visit the site any day once there is communication to ensure preparation for the same.

On their last attempt, the legislators had sought permission from the minister of health but they were turned away by armed LDU’s together with police personnel, and the site gate blocked by a grader.

The contractor FINASI/ROKO later apologized that there was no communication prior to the visit so as to ensure safety of MPs at the construction site.

MPs demanded that next week, the minister of finance must produce the project contractor before the committee, and present an audit report of status of work so far done on the ground.

The 1.4 trillion project loan was passed by parliament last year, to facilitate construction of a Specialized Hospital at Lubowa, along Entebbe Road.