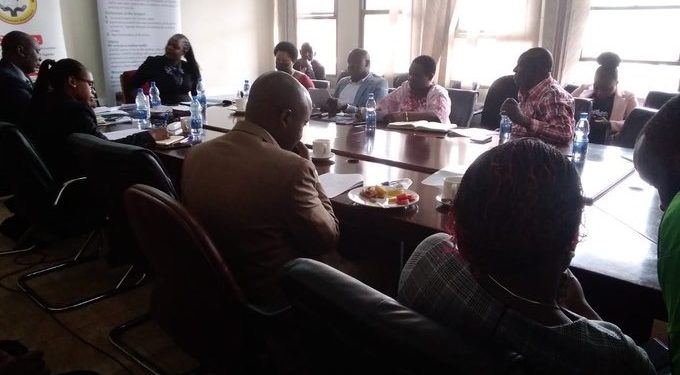 MPs Consult on Proposed Amendments in the Police Act.

Members of the Greater North Parliamentary group have scaled up consultations on the Private member’s bill titled, “The Police (Amendment) Bill 2022” which seeks to amend the governance and administration of the Uganda Police Force.

MPs Insist on the provision that prohibits direct appointment of UPDF officers to the position of Inspector General of Police and Deputy.

Recently, members of the greater North Parliamentary Group embarked on Private members Bill to amend the Police Act, Cap 303 to reconstitute the police authority, prescribe the additional functions of the police force, qualifications of the IGP, and provide for appeals to the high court among others. Today, the group led by Lillian Obiale Paparu the Woman MP for Arua District interfaced with lawyers.

MPs are committed to ensure that a person to be appointed as IGP and Deputy IGP has served to the rank of or above a commissioner of police for at least for years. They believe this will prohibit issues of importing police chiefs directly from the army which has contributed heavily to militarization of the police force.

They believe the provision guarantees experienced leadership of the police force.

The greater North is also insist on the provision to protect the police officers serving at the rank of Assistant Inspector General Of Government from exiting the force on expiry of their contracts.  They are concerned that police loses a lot of experience in retiring senior police officers with wealth of experience who have not clocked the retirement age.

The group also seeks to provide for a  term of four years for the IGP and Deputy IGP and be eligible for reappointment.

MPs also want the new law to provide for operations of the engineering department of Uganda Police, which they say is currently operating outside the law.

Similarly the new law will provide for other functions that Police is able to take on that are currently not provided for in the law.