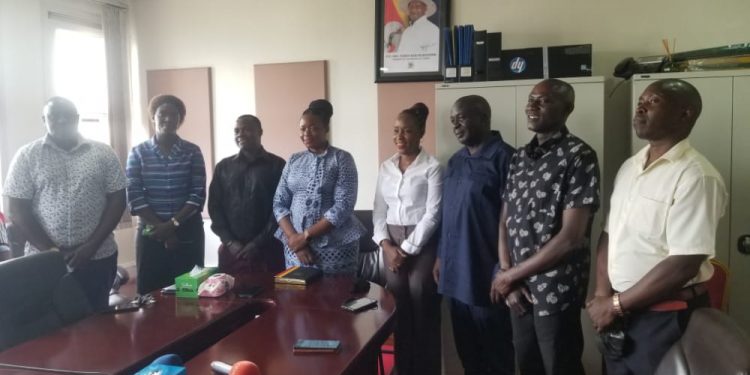 A delegation of Ugandans living in Canada under Uganda Chapter Canada accompanied by the Senior Presidential Advisor on Diaspora Affairs, Abbey Walusimbi has paid a courtesy call on the Commissioner of Parliament in charge of administration Hon Esther Afoyochan who also doubles as Zombo Woman MP over the upcoming symposium in Canada.

The delegation came to seek her support and coordinate the speaker of parliament Anita, Among and MPs to attend the symposium to be held in Canada from 8-10 of July this year. The three-day event is aimed at promoting Uganda’s tourism, and trade and bringing together the Ugandans who live and work in Canada to invest back in Uganda.

The national organizing committee chairperson and former minister of state for the youth and Children’s affairs Florence Nakiwala Kiyingi said over 700 participants from Uganda, the UK, and the Middle East have already expressed interest to attend.

Hon Ruth Nankabirwa the minister of Energy and Mineral Development will represent President Yoweri Kaguta Museveni to officiate at the event where the speaker of parliament Rt Hon Anita Among will give the keynote address.

Afoyochan committed to coordinating with the speaker to see the attendance of the legislators at the symposium.

“I appreciate the objectives of this symposium because as a country, I think we are doing already enough work in trying to market Uganda Outside there’’, but if we can all come out together, we have more benefits in this country that we can offer to the world,” said the Commissioner Afoyochan.

High on the agenda of the symposium is Tourism, taxation, human rights, migration, and citizen issues. Others are trade, investments, and employment opportunities, especially for young people.