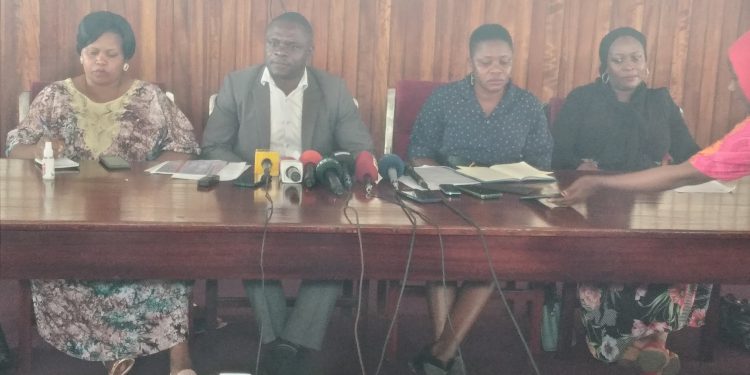 MPs from fishing Communities have protested discrimination in the issuance of licenses to Fish maw traders, accusing the ministry of fisheries of creating a monopoly for Chinese firms in the market.

But the minister of state for fisheries has dismissed the allegation saying license renewal was delayed deliberately to give the ministry time to weed out bad dealers.

A section of legislators representing fishing areas addressed a press conference at parliament today and protested what they called the unfair issuance of licenses for the Fish maw trade. They claim that many Local companies have been denied license renewal by the ministry of Agriculture and Fisheries while favoring Chinese companies.

Fish maw is a by-product extracted from swim bladders of Nile Perch, it’s highly marketable in China.  Led by the Bbaale County Legislator Charles Tebandeke, MPs alleged that over 20 companies applied for renewal of licenses of Fish maw trade and paid the required fees, but the Fisheries Department has delayed issuing licenses which is making life difficult for traders.

MPs claim that as Fishmaw Traders wait for licenses, the army and police waged operations from 1st April fish maw traders whose licenses are pending renewal.

They decried delayed processing of fisheries and Aquaculture bill 2021 by parliament which is giving the ministry and security freedom to purge Fish maw Traders.

However, the minister of state in charge of fisheries Hellen Adoa dismissed accusations of unfairness in the issuance of licenses, saying the ministry delayed renewing some licenses because they were screening out bad fish maw dealers who have been depleting the lake. The minister added that they have not renewed any license so far, not even for foreign companies.

“The truth is nobody has been licensed and what they are talking about are baseless allegations; we shall give a statement but what I want to also say is, a few months ago the speaker directed me to meet the MPs from finishing communities, which I did and we met after the meeting we formed a forum of MPs coming from fishing communities, it is so surprising  I have not seen anything in our forum and yet some of the MPs go out to make this kind of noise,” Minister Adoa explained.