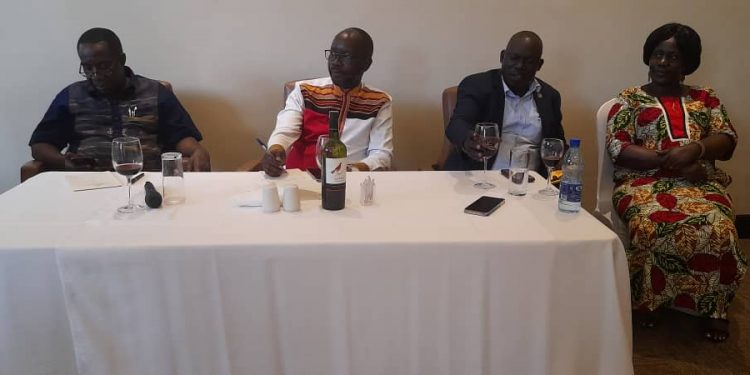 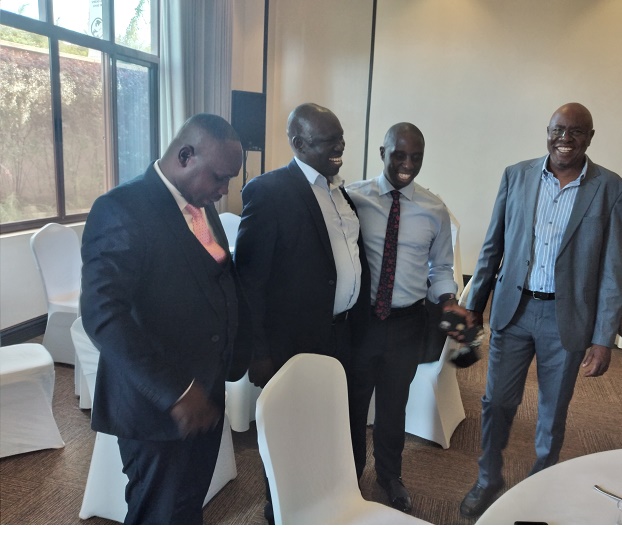 The Minister of State for Sports Denis Hanson Obua has pledged to join hands with leaders from West Nile to advocate for the rehabilitation of roads in the region which are currently in a dilapidated state especially the Arua Highway.

He made the remarks in response to concerns raised by Central Division Arua City Member of Parliament Jackson Atima Lee Buti who expressed disappointment in neglecting roads in West Nile.

This was at Hon Atima’s 47th birthday party which was attended by MPs on the Finance Committee of Parliament and legislators from the West Nile region at Mestil Hotel in Kampala where Minister Obua presided as a guest of honor.

“I have heard the cry of the people of West Nile, I just want say in the spirit of collective responsibility, I take note, but I also want say that leaders from west Nile who are in the cabinet have been raising the issue of this road,” said Minister Obua.

Atima pleaded with Obua to bring the poor state of the Karuma-Arua road to the attention of the cabinet and the President since it’s not easy for MPs to meet the President due to Covid-19 restrictions.

“We have raised these issues on the floor of Parliament, it is ignored, it looks like when MPs raise issues on that floor you are wasting your time, even when the speaker directs that let the Minister so and so take it up nothing is done, ” Hon Atima said.

Atima reiterated that the road in question is not only used by West Nilers , but also by people of D.R Congo, South Sudan, and the Central African Republic.

He also underscored other issues affecting the region including delayed compensations of tobacco Farmers, Victims of the Kony War, and South Sudan traders.

The Chairperson of the Finance Committee Keefa Kiwanuka described Hon Atima as a committed man who contributes constructively to committee discussions.