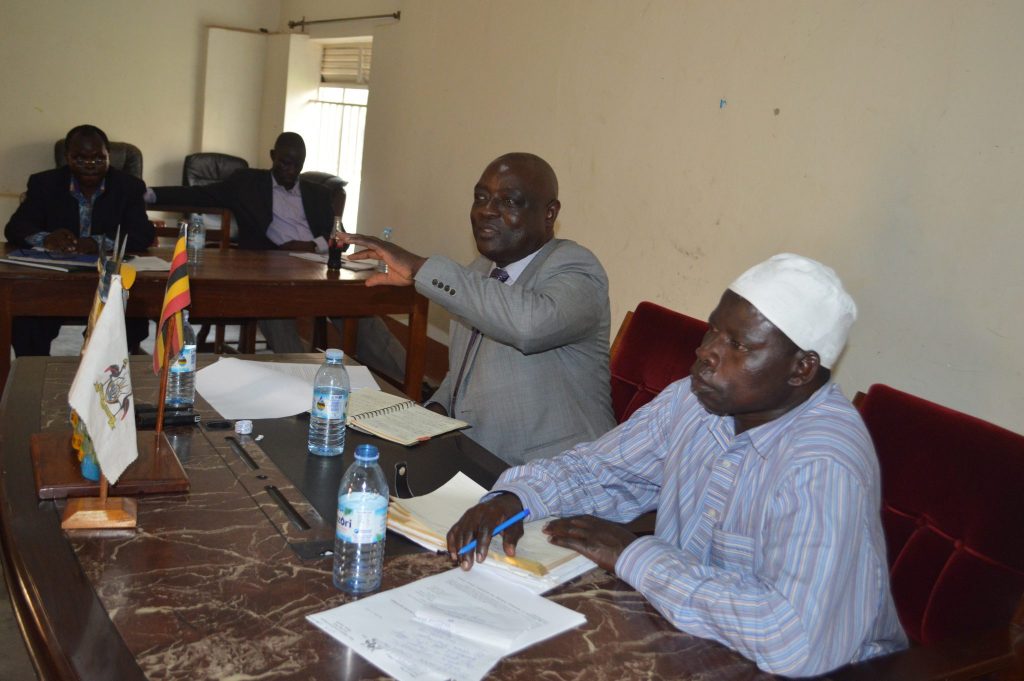 The minister of agriculture, animal industry and fisheries, Vincent Bamulangaki Ssempijja has concluded a three days visit to the districts of Yumbe, Moyo and Adjuma in West-Nile Region. He visited the area for a consultative engagement on how best the region can grow enough food to feed the growing population as a result of refugees from both Congo and South Sudan.

Ssempijja was in company of the FAO Country representative, Al-haji M. Jallow, the new Director for NARGRC,Dr. Charles Lagu and other technical officers from the ministry of agriculture. In the three meetings held, leaders and district technical officers raised their concerns to the minister among which, the suffering of livestock diseases like FMD, Black Quarter, Rabies, sleeping sickness, unpredictable weather conditions and Brucellosis are the major hindrance of production in the area.

They also requested the minister to assist them with land opening tractors, seedlings, animal breeding centers, farmer training centers, irrigation systems along the Nile belt as a response towards climate change and marketing facilities.

All the three meetings agreed that farmer groups be formed at sub-county levels for easy access of services from the ministry. It was also agreed that supply of seedlings be decentralized to help local suppliers also benefit from government programs.

To paint a picture of the issue at hand, only one District of Adjuman hosts 242,000 refugees according to findings from Office of the Prime Minister, and the host community stands at 235,000 according to UBOS, this requires interventions from the ministry of agriculture since it has a bearing on food security in the region.