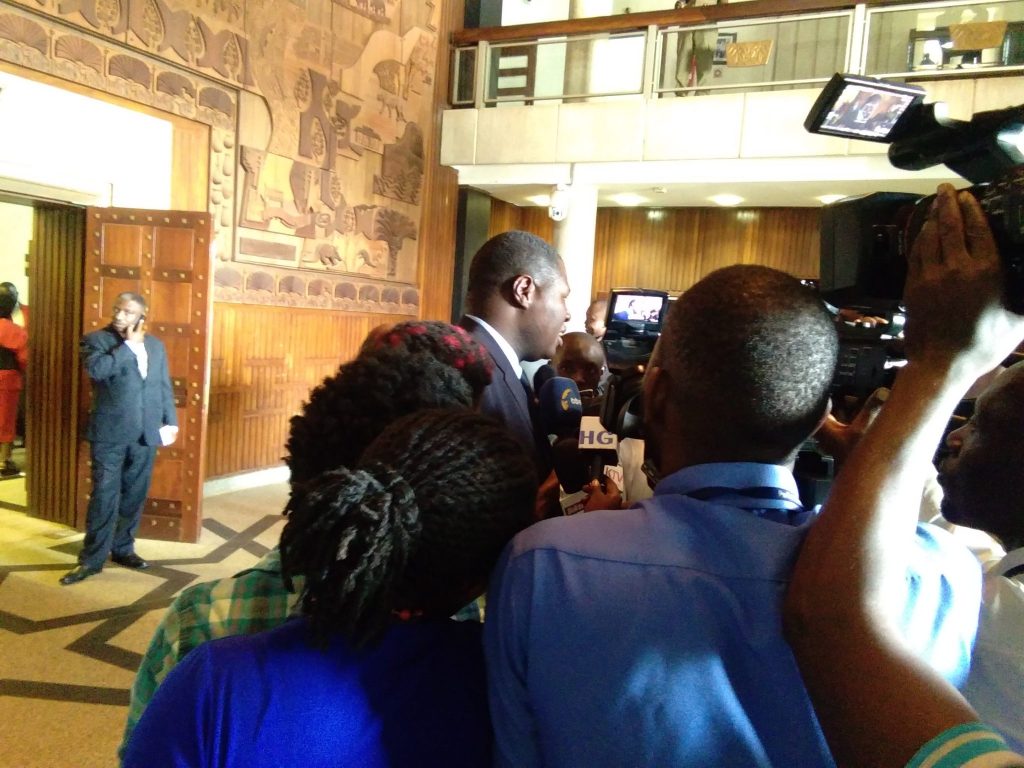 The tenson  at parliament was low after the age limit report missed on the order paper today, Although some mps were hoping that speaker kadaga would amend the order paper to bring the matter for debate , she did not during her communication to parliament.

However the chairperson of the legal and parliamentary affairs Jacob Oboth oboth who is supposed to present the report on the age limit to the floor  ,told journalists at Parliament that, he handed over both the majority and minority report to the Speaker Rebecca Kadaga and now waits her to allocate time for this business.
Oboth says the speaker is studying the report before she can allow him to present it on the floor.

When asked by journalists why some members were walking out of house ,this was his response.
He said that fact some  MPs were leaving the  house shows ,that MPs are more interested in the Age limit Bill   than other Bills in the house.
But some of the opposition MPs allege that the delay is due to some NRM members  who haven’t conceded to the matter before they can receive money to pass the bill.
Ends