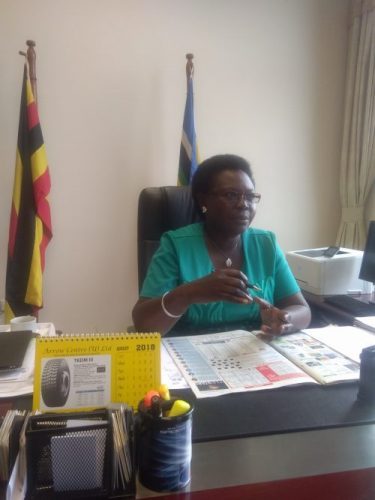 State Minister for Northern Uganda Grace Kwiyucwiny has appealed to people in the region, to make  use of northern Uganda social action fund (NUSAF) 3 program to fight poverty.

in an interview with journalists ,Minister Kwiyucwiny says that the special affirmative program (NUSAF) three is ongoing and it is specifically looking at eradicating poverty in the region.

Kwiyucwiny who is also Zombo  district woman  MP reveals that close to 900,000 families in the region are living in poverty,she therefore  urges the communities in the region to take NUSAF activities seriously to get them out of poverty.

Kwiyucwiny is however disappointed that a big number of farmers eat seeds they receive ,instead of planting them for higher production and some sell animals immediately they get them instead of living them to multiply.

She adds that the ministry is strengthening the component of IGG in the program to ensure that there is proper accountability by the communities.

Kwiyucwiny says that she has also launched a new program that is Development Initiative for northern Uganda – DINO working in 15 core districts where organized individuals and communities will be given between 40 to 400 million shillings for project funding.

“We also launched a new  program now ,called DINO ,this is development initiative for northern Uganda ,its to work in 15 districts, where they have identified nutrition,productivity ,marketing ,and  many other activities under this program ,all geared towards eradicating  poverty in the region , MinIster noted.

The beneficiaries are to access the funds through Uganda Development Bank adding that the implementer s will move to districts to advise the beneficiaries on the projects to be funded.