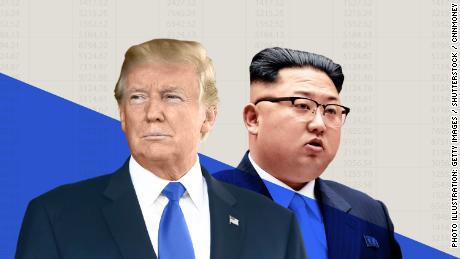 Washington (CNN)A US delegation traveled to North Korea on Sunday for preparatory talks ahead of a potential meeting between President Donald Trump and North Korean leader Kim Jong Un, three senior US officials with knowledge of the situation tell CNN.

The group included US Ambassador to the Philippines, Sung Kim, and is a clear sign the summit is back on track.
The Washington Post previously reported on the team entering into North Korea.

A team of US officials focused on the logistics of a summit left this weekend for Singapore. The delegation that entered North Korea on Sunday is more focused on the substance of the talks.
The summit, which was initially scheduled for June 12 in Singapore, was abruptly canceled last week by Trump who, in a letter to Kim, cited hostile comments from top North Korean officials and concern about the country’s commitment to giving up its nuclear weapons.
Trump: Date and location for Kim summit 'hasn't changed'
Trump: Date and location for Kim summit ‘hasn’t changed’
On CNN’s “State of the Union,” former Director of National Intelligence James Clapper told Dana Bash that he agreed with Trump’s letter to the North Korean leader.
“I support the letter that President Trump sent to Kim Jong Un, I think it was a good thing to do,” Clapper said.
Clapper added that despite the setbacks, he thought there was still value in holding a summit.
“I think there’s value having gone this far, there’s value in meeting and greeting, gripping and grinning, and just establishing a rapport. I think yes, it would be important to have the summit,” he said.
Whether the meeting will actually take place continues to be uncertain. However on Saturday evening, Trump told reporters: “We’re looking at June 12th in Singapore. That hasn’t changed.”
South Korean President Moon Jae-in said on Sunday that practical talks will be held between the US and North Korea “very soon,” and the outcome of those talks will dictate if the June 12 summit will go ahead. He added that he expected the practical talks and summit to go “very smoothly.”
CNN’s James Griffiths and Sophie Jeong contributed to this report.