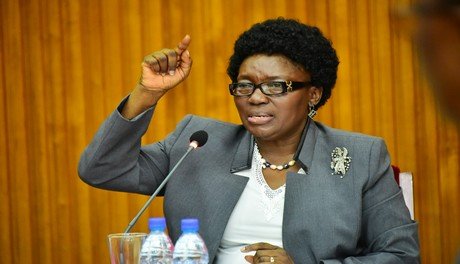 The Speaker of Parliament Rebecca Kadaga has said she has started a process of identifying ministers and MPs who abscond during plenary sessions.

Kadaga made the statements on Monday during the Parliament live tweet chat aimed at updating members of the public on the progress of Parliament as the second session ends.

She said she has spent some time compiling the list of absentee MPs and Ministers and she is writing a warning letter to them. She however declined to reveal what action she would take in relation to the absentee legislators.

Both the speaker and her deputy, Jacob Oulanyah have in the past been dismayed by the level of absenteeism in the house.

In April 24, Oulanyah raised concern over the MPs and Minister who are absent from the house and yet they are supposed to answer questions and brief the house on matters of national importance.

In some cases, Parliament business has been adjourned because the Minister responsible is absent.

Despite acts of absenteeism, Kadaga says the second session of Parliament has seen 58 statements delivered by ministers.

She says there are six proposals for private member’s bills and also motions for resolutions such as security, sugar prices, unemployment and fuel challenges among others.