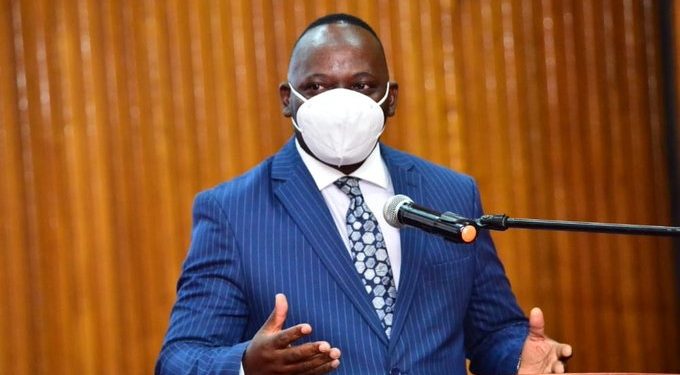 The Leader of Opposition, Mathias Mpuuga has defended the decision by Parliament Commission to Request Shs193bn to enhance allowances of MPs, arguing that the initial shortage of funds in parliament has curtailed legislators’ oversight roles.

Meanwhile, the Opposition has boycotted today’s State of the Nation Address citing the government’s failure to address the current economic depression.

Mpuuga made the remarks while addressing journalists at Parliament ahead of the State of Nation Address by President Museveni and when asked by journalists to respond to the decision by the Parliamentary Commission to increase allowances of MPs Shs193Bn.

The Leader of Opposition, who is also a member of the Parliamentary Commission, confirmed and explained that the decision to increase the allowances followed shortages in allowances that bogged Parliament in the first session and this latest move was to avoid such a scenario in the future.

Mpuuga further defended the increment on fuel allowances, saying it was informed by the prevailing inflation that has seen pump prices skyrocket.

Meanwhile, the opposition in parliament has boycotted today’s State of the Nation Address as a response to express displeasure over the failure of the president to offer practical solutions to the bickering economic depression.

The Opposition has also accused the President of interfering with the judiciary, leading to the continued incarceration of the two embattled MPs Muhammad Segirinya and Allan Sewanyana.

However, the opposition boycott has not pleased their counterparts of NRM who slammed them for applying double standards.

Meanwhile why the opposition has promised to attend the National Budget Speech due next week on 14th.