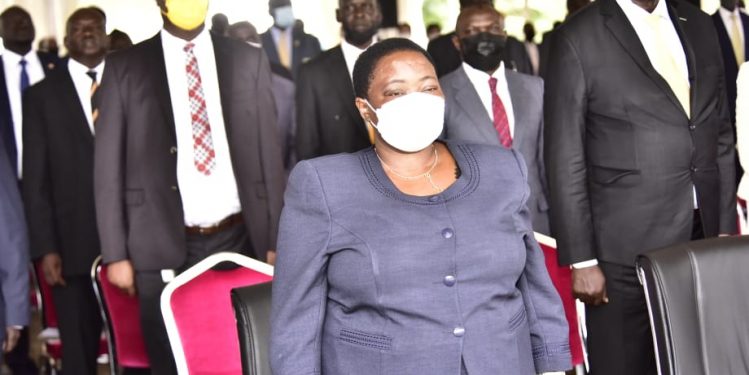 President Yoweri Kaguta Museveni has honored the 9 NRA heroes who were executed by the Obote Government on 9th June 1981 during the NRA Liberation Struggle at Kikandwa, Luweero District as great patriots of the country.

This was in his speech that was delivered by Prime Minister Robinah Nabbanja at the National Heroes Day Celebrations in Kololo where over 100 medals were given out.

On that day, 9 suspected NRA rebels and collaborators were hacked to death by the Uganda National Liberation Army (UNLA) led by Basilio Okello following the protracted war in which the NRA rebel leader Yoweri Museveni had launched against the “Dictatorship” of Milton Obote the then president of Uganda.

At Kololo Independence grounds where National celebrations were held under the theme of, “An opportunity to consolidate our efforts in securing Uganda”, President Yoweri Museveni who was represented by Robinah Nabbanja the prime minister of Uganda, praised the heroes of 9th June 1981 as martyrs who put forward patriotism ahead of other things.

Museveni has called on leaders at all levels to mobilize the masses to take advantage of the Parish Development Model which has been rolled out by the government to develop themselves. He promised full operationalization of the Parish model in the next financial year starting soon on July 1st.

She however decried delayed payment of verified war debts, sickness of aged veterans, and rampant theft in villages that has hampered investments of Civilian veterans.

Over 100 medals have been given out to both surviving and deceased heroes from different sectors. The honored heroes expressed their great pleasure.