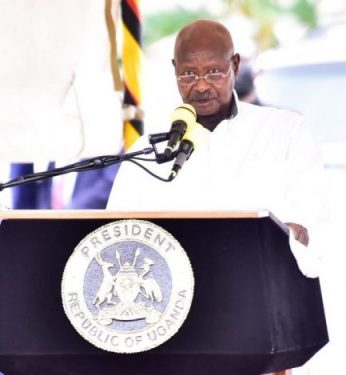 Members of parliament representing areas of Karamoja have urged President Museveni to carry out an audit over UPDF operations in Karamoja against cattle rustlers to establish the capacity of the forces to get on top of cattle rustling and also mitigate human rights abuses.

President Yoweri Kaguta Museveni is camping in the Eastern and North-Eastern regions, with a clarion call to the security organs to nip in the bud the threat of re-insurgence of cattle-rustlers in the Karamoja Region.

Yesterday evening, the President met security organs including the UPDF, Police, RDCs, ISO officers, and UWA officials over the security situation in Karamoja which has affected the neighboring regions of Acholi, and Lango Teso among others. He directed for mounting of roadblocks on all roads entering and exiting Karamoja to net rustlers who ferry raided cattle to markets.

President Museveni who commended security forces in the region for their concept of a reaction force and Intelligence-led operations to curb cattle rustling including profiling suspects; also proposed the use of dialogue against rustlers.

The Deputy Chief of Defense Forces Lt Gen Peter Elwelu underscored the need to bring on board Karamajong traditional spirit leaders “Fortune Tellers”, who he said are lead consultants in cattle rustling with powers to curse and bless rustlers.

Vice President Major (Rtd) Jessica Alupo Epel who hails from the Teso region, hailed the disarmament process but called for more vigilance along the borders of Karamoja to prevent gun-wielding rustlers from wreaking havoc in the neighborhood.

However, the members of parliament from the Karamoja sub-region led by Moses Aleper of Chekwi county have asked the president to carry out an audit of the UPDF operations in Karamoja to mitigate the deployment capacity and human rights violations.

MPs representing neighboring areas to Karamoja have applauded the president’s commitment to restore sanity in the greater North but tasked him to go after the cartels that are fueling the modern cattle rustling. They are also concerned with the integrity of officers that will man the roadblocks which the president proposed.