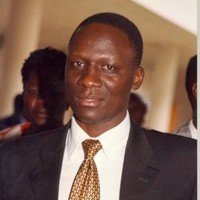 Commissioner of employment services in the ministry of gender, labour and social development, Lawrence Egulu has appealed to Ugandans seeking for labour abroad to verify with the line ministry to ensure that the company they are paying, have job orders from the contractor to avoid losing their admission fees to ghost employment firms.

Egulu says before people enter employment contracts and subsequently make payments, they should make back up-checks first with ministry of labour to get right information about the recruiting firm  claiming to be legally registered and licensed to recruit and export labour.

‘’first of all we encourage any job seeker to make sure that the company ,they are dealing with is registered by the ministry of labour ,so there must a license number and validity ,you see these licenses expire so there must be  expiring date ,so you must see it physically that company’s license is still valid.

He noted that companies hiring people must have job order, people should be able to see it,from the contracting company in the Middle East clearly demanding for workers and the amount they are going to pay.

However, he appealed to those seeking for greener pastures in the current global trends of  to ask recruiting firms powers of attorney given to them by contracting companies from the Middle East to conduct or hire people for employment on their behalf. Short of the express request many Ugandans will be risking losing their monies at the hands of ghost or hand brief case recruiting firms whose legibility to recruit or out source for employment opportunities beyond Uganda’s frontiers is in question.

“Don’t pay anything if they don’t show you the job order ,why would you pay for what you don’t see,” Mr. Egulu asked , “I mean don’t get desperate because you will lose  the little money you have. Just do due diligence to make sure what you pay for exists”

Many people have lost a lot of monies to the labour companies, in the guise of taking them to Middle East for greener pastures.

Barcelona’s unbeaten run ends with one match to go