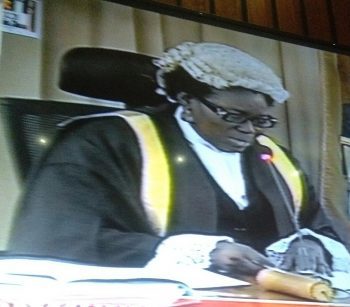 Members of parliament have called for the establishment of a select committee to investigate the allegations of slavery involving Ugandan girls in United Arab Emirates-UAE. The matter came up after the Butambala County legislator; Muhammad Muwanga Kivumbi told parliament that during the visit of the Budget Committee to UAE, they went to Jaira State where they found a Labour Recruitment Center, which for all intent and purpose resembles a well-organized slave market.He explained that they found girls from different countries parked in small buildings where they were being offered to the highest bidder.  Kivumbi also claimed that they established that Ugandan girls were being mistreated, which had forced16 girls to commit suicide between February and August 2017. Kivumbi’s revelations were prompted by a statement from the International Affairs Minister, Henry Okello Oryem dismissing claims of a slave market in UAE. The minister dismissed the allegations are incorrect and a misinterpretation of what is on the ground.  Oryem said Uganda’s Mission in the UAE had checked and found no slave market. He told parliament that the slavery allegations have prompted UAE to raise a diplomatic protest to Uganda, saying the accusations cast the country in bad light. The Speaker, Rebecca Kadaga queried why there is no labor agreement between Uganda and UAE yet many Ugandans are working there.Kadaga tasked Oryem to visit the alleged slave market and find out what is happening. Oryem appealed to MPs to discuss the matter soberly, a thing that didn’t go down well with the Shadow Attorney General, Wilfred Niwagaba.Kadaga then directed that it was in the interest of Uganda and the UAE for Uganda to establish what was happening and report back to Parliament. Oryem committed to travel to the UAE on Friday and find out the problem.   However, the Mbale Municipality MP, Jack Wamanga Wamai demanded that the Speaker sets up a select Committee to visit UAE and establish what was happening as opposed to sending the Minister who has interest in the matter. Kadaga then ruled that she would communicate her final decision on the matter later today.