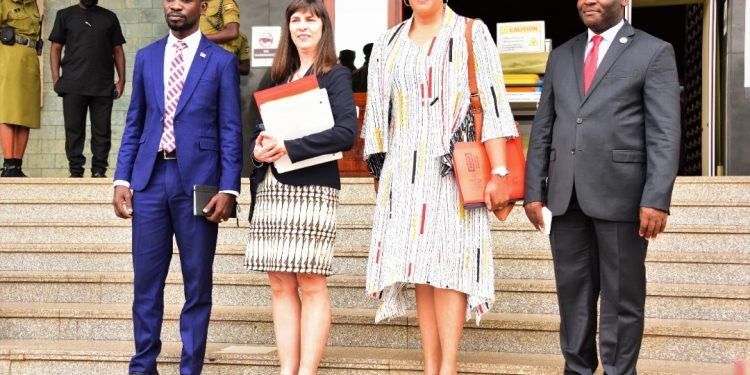 NUP Party President has maintained that they will not nominate any other candidate to replace  Francis Zaake who was recently decommissioned from the parliamentary commission.

At exactly 10 am the United States Ambassador to Uganda Natalie Brown arrived at parliament ahead of the diplomatic meeting with the leader of opposition in parliament Mathias Mpuuga. They were joined by the NUP party President Robert Kyagulanyi.

From the closed meeting kyagulanyi disclosed as their talks with the United States, Ambassador Natalie brown rotated around gross human rights violations which have been perpetrated by security agencies on the opposition members and activists.

Kyagulanyi also spoke out on the recent impeachment of MP Francis Zaake from the parliamentary commission and faulted the entire impeachment process.

Kyagulanyi re-echoed the party position, saying Zaake is the legitimate backbench commissioner of the opposition on the parliament commission and they are not going to nominate any other candidate for that job.

Zaake was decommissioned after he was convicted by the parliamentary committee on Rules, Privileges, and discipline over indiscipline cases. 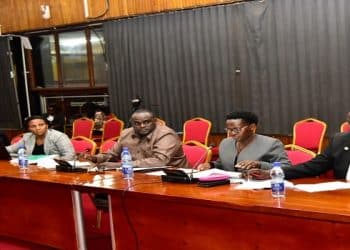