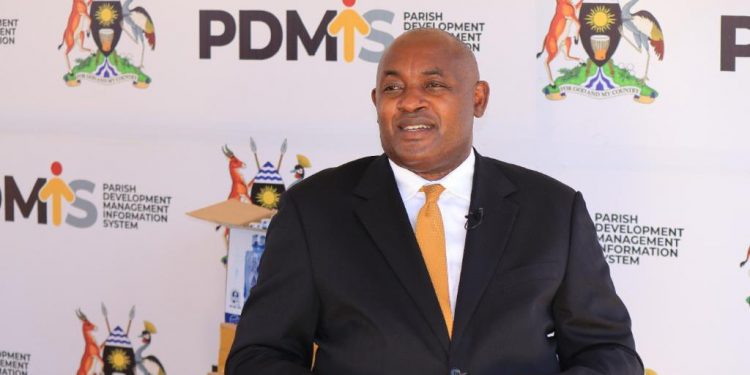 The government is looking for people who spread false information that the Speaker of Parliament  Jacob Oulanyah is dead.

Oulanyah was on 5th February flown to a hospital in Seattle in the United States of America to receive specialized treatment after spending several days in Mulago National Referral Hospital. The government did not give details about his stay in the US but information from some government officials later indicated that the Speaker was improving.

However, this week, it emerged that the Deputy Speaker of Parliament Anita Among, the Chief Justice Alfonse Owiny-Dolo and the Democratic Party president Nobert Mao and some family members of Oulanyah traveled to the US to visit the patient, something that raised eyebrows of members of the public.

On 15th March, information about the visit spread, and several people through social media declared the speaker dead, news that government officials dismissed as falsehood.

Now speaking at the Uganda Media Center, the Minister for ICT and National Guidance Chris Baryomunsi said that the government is looking for people who abuse others on the internet and falsely declare them dead. The minister says they are working with the Uganda Communication Commission-UCC to find the responsible people and once they get them, they shall subject them to the law.

Government plans to charge the said people under the Computer Misuse Act of 2011. The Act provides for 13 offenses which include cyberstalking, electronic fraud, unauthorized disclosure of access code, and unauthorized access.

Others include cyber-harassment and Offensive Communication which Baryomunsi highlighted as the ones commonly committed against government officials.

According to the Act, a person convicted for cyber harassment can be sentenced to a fine not exceeding 1.22 million Shillings (seventy-two currency points) or imprisonment not exceeding three years or both.

Those found guilty of willfully and repeatedly using electronic communication like computers to disturb or attempts to disturb the peace of any person can be fined at most 480,000 Shillings (twenty-four currency points) or imprisonment not exceeding one year or both.

Baryomunsi reminded people that freedom of expression comes with responsibilities that media users should respect. He urged Ugandans to report people who offend them using online platforms.

Dorothy Mukasa, a digital rights activist with Unwanted Witness Uganda says that indeed online rights come with responsibilities but added that free speech should not be interpreted to mean that government officials only hear what they want to listen to since democracy calls for divergent views.

“You remember when the speaker was taken out of the country for treatment, there was no information whatsoever,”  said Mukasa. “This is a public official for heaven’s sake, and Ugandans have a right to know what is happening with the public officials. Falling sick is normal, everyone falls sick but we need information that comes in, instant communication to avoid speculation. “Failure to provide information breeds misinformation which people share on social media where people can freely give their news.”

However, Minister Baryomunsi says that the failure or delay by the government to share some information doesn’t justify speculation and declaring people dead. He referred to the act as simply bad manners that people should stop. But, Baryomunsi agreed that there is a need for government to provide information to the public promptly.

Recently, novelist Kakwenza Rukirabashaija was arrested and charged for offensive communication after he allegedly published messages on his social media platform which offended President Yoweri Museveni and his son Lt. Gen Muhoozi Kainerugaba.