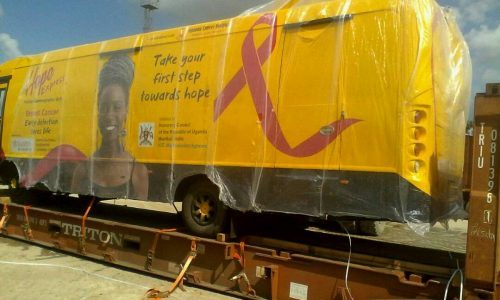 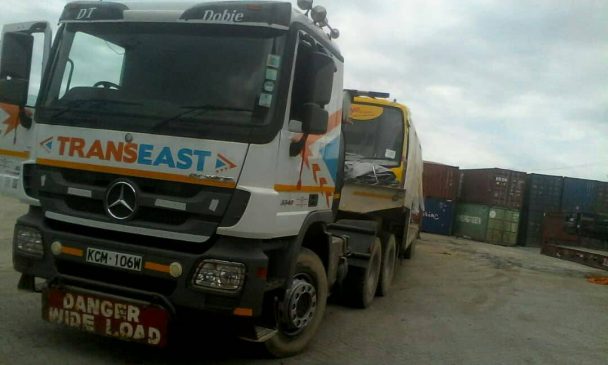 A Mammography van to help in community cancer screening has arrived at Malaba boarder . According to the Public Relations Officer Uganda Cancer Institute (UCI) Christine Namulindwa, the van is a donation from the Indian Government.

Apparently cancer is slowly eating up the Ugandan population, with at least one in every 500 people suffering from a cancer. The Head of UCI, Dr Jackson Orem in a recent media interview with one of the dailies newspapers in Uganda said that the figure is rather worrying.

According to statistical data from UCI, doctors say, that the disease has increased due to many factors ranging from an increase in infectious diseases in the region, changing lifestyles and perhaps an increase in awareness among the population who can now report cases at the hospital rather than die unnoticed in shrines.

Even then, not all cancers are infection-related. Worse still, Dr Orem says, some cancers like prostrate, liver and breast tend to occur at a younger age in blacks and progress faster compared to the whites.

Despite the disturbing cancer trend in Uganda, the donation of the mobile cancer van by the Indian government is another boost-up in the fight against cancer in Uganda.

“We expect it to be handed over to Uganda during the visit of the Indian Prime Minister Narendra Modi Next week, MS Namulindwa said”.

The visiting Indian premier to Uganda, Narendra will also address Parliament on Wednesday, 25 July 2018 next week.