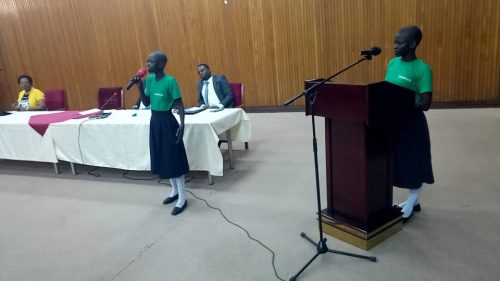 The chairperson of parliamentary forum for children Bernard Atiku has blasted President Museveni for failing to fulfill his campaign pledge of donating free sanitary pads to school going female’s adolescent students. This was after children from northern Uganda petitioned the Children’s forum over sanitary towels.

In their meeting with Members of Parliament on the forum of children, children from Kitgum district expressed concern to MPs on how they struggle to keep in school during mensuration period as they face isolation and mocking from especially boys due to constant bleeding and odour.

They therefore called upon government to reserve funds and provide free sanitary pads to children especially in third world schools where parents can hardly afford these towels.

Member’s parliament discussed on how the problem mensuration can be solved to see that children don’t drop out of schools, and suggested measures on how children can be empowered by skills of making sanitary pads themselves as part of their circular activities at school

The chairperson of the Parliamentary forum on children Bernard Atiku who represents the people of Ayivu County wondered why the government and development partners invest huge chunks of money in secondary needs like condoms and family planning drugs which are given to people at free cost and find it difficult to buy sanitary pads to donate them to female student.
He reminded president Museveni on his campaign pledge of giving free sanitary towels to children which has not seen light of day two years down the road. 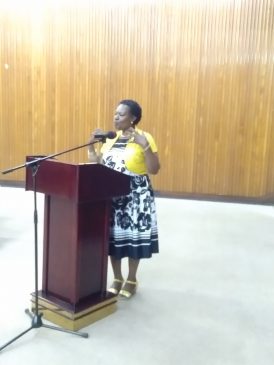 However Jovan Kamateka the chairperson of the parliamentary committee on human rights disregarded the role of government in providing sanitary pads and called upon parents to plan and produce children they can afford to take care of instead of crying for government which is also struggling financially.