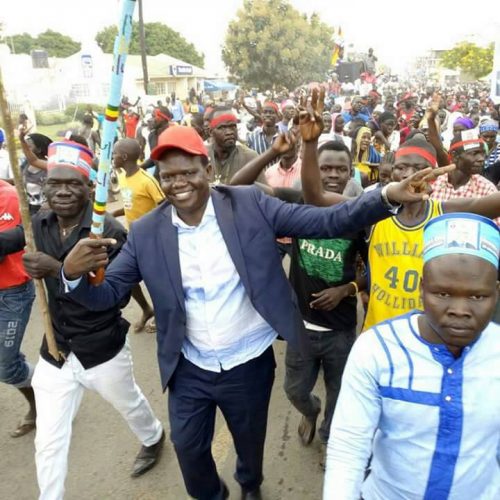 Business in Arua Came to standstill yesterday as supporters of different candidates vying to replace the late Arua Municipality MP Ibrahim Abiriga who was shot dead on June 8 were nominated.

The seat fell vacant after the gruesome murder of its occupant Hon Ibrahim Abiriga.

The last banch of candidates are expected to be nominated today Friday .

Desert racing got more eyes than on road