Govt To Save UGX.988.1Bn In Merging Agencies & Commissions 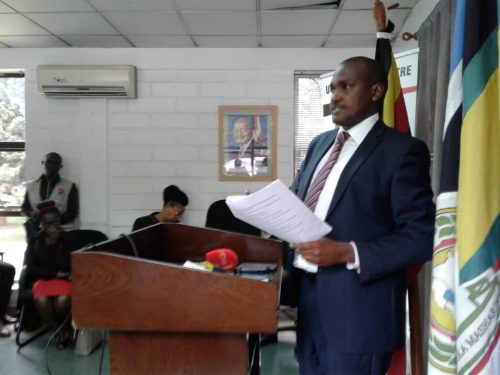 Following a cabinet decision on Monday this week that called for the merging of 153 government agencies, authorities and commissions, the information minister, Frank Tumwebaze reveals, this will see government save over UGX.988.1Bn.

The decision comes at a time when government takes a comprehensive audit of its departments, agencies and ministries, with the intensive audit always carried out after every 10 years.

While addressing journalists in Kampala today, Tumwebaze asked Ugandans not to focus on jobs lost, but focus on how many jobs and services to be created as well as the services extended to the lowest communities in the country.

When asked about the how many staff are likely to lose their jobs and how many new jobs are likely to be created the minister was hesitant to comment fully which left journalists wondering.

However, the permanent secretary ministry of public service, Catherine Bitarakwate Musingwiire, notes that the agencies have been consuming 37% of the national budget (UGX.10.8Trillion) and says, this money is going to be used to fund un funded programmes in different government bodies and ministries right from local government level which is the most affected with a short fall of 44% lack of man power in different positions.

The final process to have the merger effected will be done after the harmonization of the legal frame work.

However, in a bid to curb crime in the city, govt is to borrow USD.104M to be used to buy CCTV cameras that will be installed in different parts of the city.

The information minister, Frank Tumwebaze says, works have already started around Kampala to have the cameras installed as a means to better surveillance and security in the country.

Still, Cabinet that sat on Monday approved the loan that will be acquired from a number of local commercial banks.

However, the long awaited women hospital in Mulago is to be opened to patients on 17th September by the president of Uganda.

The 400 beds facility is to handle complex maternal health matters as well as helping women in delivering new lives.