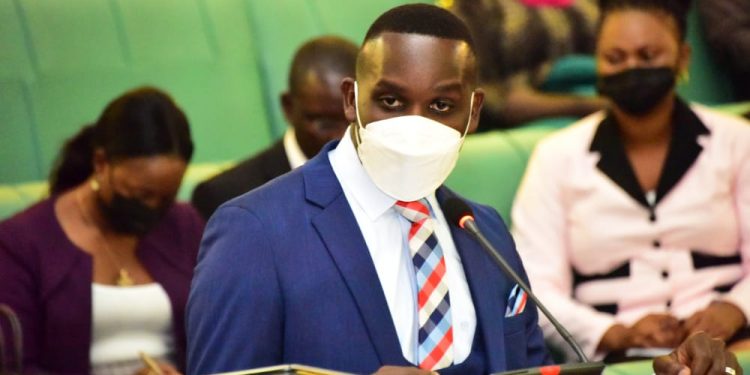 The government has committed to trace and pay a whooping Shs69.52 Billion to the management of the Uganda Railway Corporation (URC) in compensation for the sale of the land at Nsambya land, Makindye Division that was allocated to private investors

The Shs69.52 Billion was originally supposed to be recovered from the URC land at Nsambya that had been sold to the government to award it to the local investors that had been pushed off the Naguru land in Nakawa Division. As parliament received and adopted the COSASE report into URC today, the government committed to pay this outstanding amount to Uganda Railways Corporation.

In the committee findings tabled by the Committee of Commissions, Statutory Authorities and State Enterprises (COSASE) chairperson Mr. Joel Ssenyonyi, the ministry of finance was ordered to locate the said monies and have them remitted to the URC accounts.

In response, the State Minister for Finance in charge of investment Ms. Evelyn Anite committed to pay the money.

Since the minister had not been committed on the date for payment of money, the Speaker of Parliament Anita Among wondered why the item had not been considered in the current ongoing budget process. Minister Anite eventually pledged to have the item captured in the incoming budget for Financial Year 2022/2023.

Parliament has also instructed the Uganda Railways Corporation to remit Shs2.8bn NSSF arrears to its owing URC staff. During the investigation into the matter, URC staff faulted and pinned their employer- URC- for deducting and never remitting National Social Security Fund (NSSF) benefits to their accounts in the NSSF.

COSASE has recommended that the management of URC that was involved in the procurement of embattled second-hand locomotives be held responsible for flouting procurement regulations and pay back all unplanned costs incurred on modifications of railways triangles in Jinja and Tororo and the U-turn in Kampala.