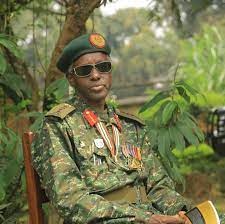 The Front for National Salvation (FRONASA) veterans have eulogized the late Gen Elly Tumwine describing him as one of the most Inspirational and motivational commanders.

Gen Elly Tumwine, 68, the former Minister of Security, died on Thursday at Aga Khan Hospital in Nairobi, Kenya. President Museveni in a statement said that Tuwmine succumbed to Lung Cancer.

Apollo Mabaati, the National Chairperson of FRONASA says that Gen Tumwine will be remembered for his ideology to protect and respect the civilians. According to Mabaati, the deceased remembered all those that helped FRONASA during the war and awarded them.

Mabaati says that Gen Tumwine persuaded civilians to support the army and would punish a soldier who would harm a civilian.

Mabaati started as a link between Fronasa fighters in Tanzania and Uganda and when Uganda invaded Tanzania in October 1978, Mabaati was officially recruited into the Fronasa ranks. He says that Gen. Tumwine also played a big role in settling the Army in different barracks and comforting the soldiers because of his religion after the war in 1985/86.

Col Charles Baryeija, a former soldier with Fronasa says that when he met Gen Tumwine in 1981, he used to inspire them before and after fighting the rebels. He adds that Gen Tumwine also asked them to always engage in prayer.

According to Baryeija, when Tumwine got shot he was very distressed by his injuries for months because he abandoned the battle zones, but he would motivate the soldiers through songs, and parades every time they would return demoralized.

Apollo Tushemereirwe, another Fronasa Veteran describes the late Tumwine as a parent who welcomed him to the Army when he was 14 years in 1977 and trained him. He also prepared him and stayed with him until he retired from the Army.

He says Tumwine was loved by many and missed when he left for Tanzania in 1983 for training because he was good at comforting.

Robert Rwakandare, another FRONASA veteran says the late Tumwine was so patriotic and talented and rallied people to love their country.