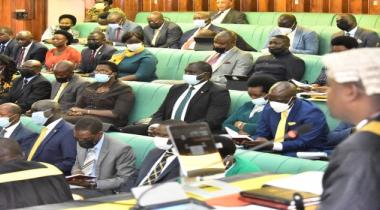 Want Local Govts To Bo Allowed To Spend At Source.

Town council mayors have petitioned parliament, challenging the policy of the ministry of finance requiring local governments to remit 100% of local revenue to the consolidated fund. They claim this policy has affected service delivery and demotivated local governments from collecting more local revenue since the ministry of finance delays disbursing funds back to spending units.

In February 2020, the Permanent Secretary for the Ministry of Finance, Planning and Economic Development directed all local government accounting officers to remit all local revenue into the Consolidated Fund. Led by Katabi Town Council mayor Ronald Kalema, town council mayors petitioned parliament protesting the directive which they claim has affected service delivery and rendered local governments irrelevant to the people.

Mayors argued that since the ministry of finance adopted the policy there are delays in the disbursement of funds from the Finance Ministry which has not only affected service delivery but even caused a general decrease of morale in revenue collections by local governments.

They thus urged parliament through the leader of the opposition Mathias Mpuuga to reverse the directive by the ministry of finance to allow local governments to retain a proportion of local revenue to facilitate operations and service delivery.

Mayors also brought to the attention of parliament the issue of poor remuneration of local government staff and officials which is another key factor affecting performance.

Upon receiving the petition, the leader of the opposition Mathias Mpuuga wondered why the ministry of finance is still implementing this directive yet parliament rescinded the decision in a parliamentary resolution of September 2021.

Mpuuga condemned the policy of remitting all local government resources to the central government saying it’s an indicator of the collapse of decentralization. 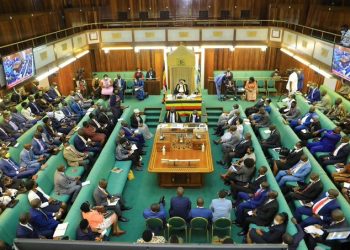