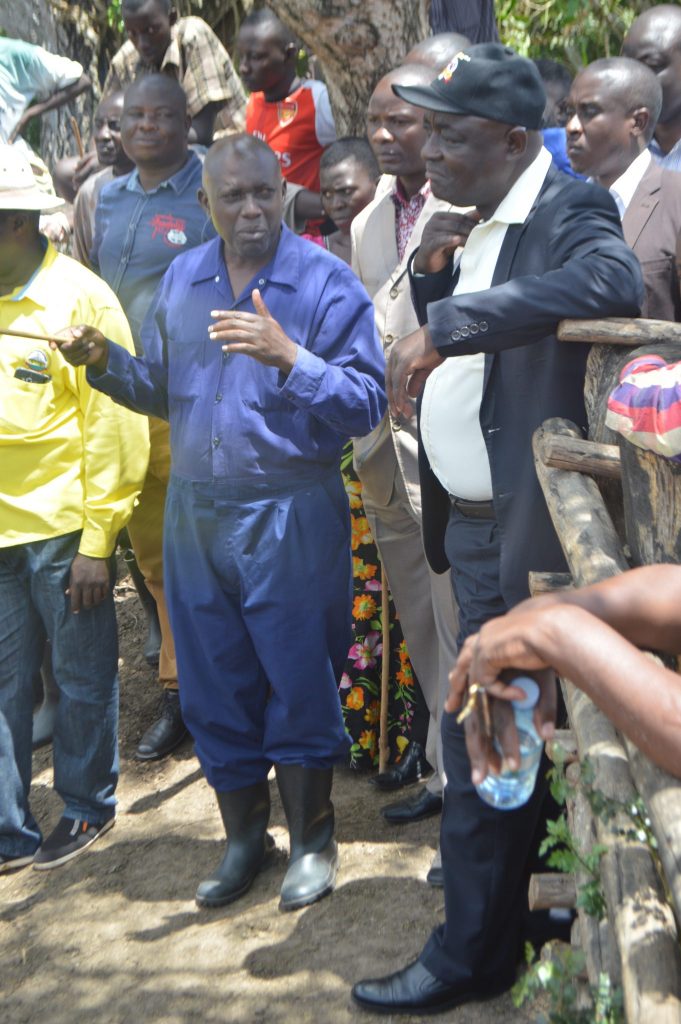 Famers cry to government over FMD

Government has been urged to move quickly to help farmers in the areas affected by Foot and Mouth Disease (FMD).

This was in a meeting between farmers and the minister of agriculture, animal industry and fisheries, Vincent Bamulangaki Ssempijja in Nakasongola District today.

Canon Christopher Nkoyoyo, a cattle farmer in Nakasongola District said government should have enough vaccines in its stock, and should not wait for a disaster like this to attack the country and start reacting, Nkoyoyo added that whenever a quarantine is put in a certain area, all farmers are affected though there some farmers who take the responsibility of spraying their animals as directed by experts.

Nakasongola District Veterinary Doctor, Sam Eswagu said for the last seven months, the district has lost more than 300 million UGX in revenue as a result of closer of markets in the area, he added that where the disease is, animals are unable to produce enough milk adding that the district has so far registered more than 40 dead animals as a result of FMD. Using the little drugs available, Eswagu said the district has resolved to put a mandatory vaccination of animals for all farmers to ensure there is no disease within few months to come.

Ssempijja said the quarantine is aimed at preventing the disease from spreading to other areas which are disease free; he added the ministry has ordered for vaccines which will put a ring to those areas that have been attacked by the disease. He warned importers of fake drugs to immediately stop or else government deals with them, he said fake drugs could be one of the reasons FMD has spread to different parts of the country.

Recently the ministry put a restriction of movement animals from areas around Isingiro, Nakasongola, and Kiruhura districts, where the disease has been detected by government experts. The Permanent secretary ministry of agriculture, Pius Wakabi Kasaija said though it could affect farmers, this was the only way to prevent the disease from spreading fast to other areas, and he said his team is doing everything possible to ensure the problem is fixed in a shortest period of time.