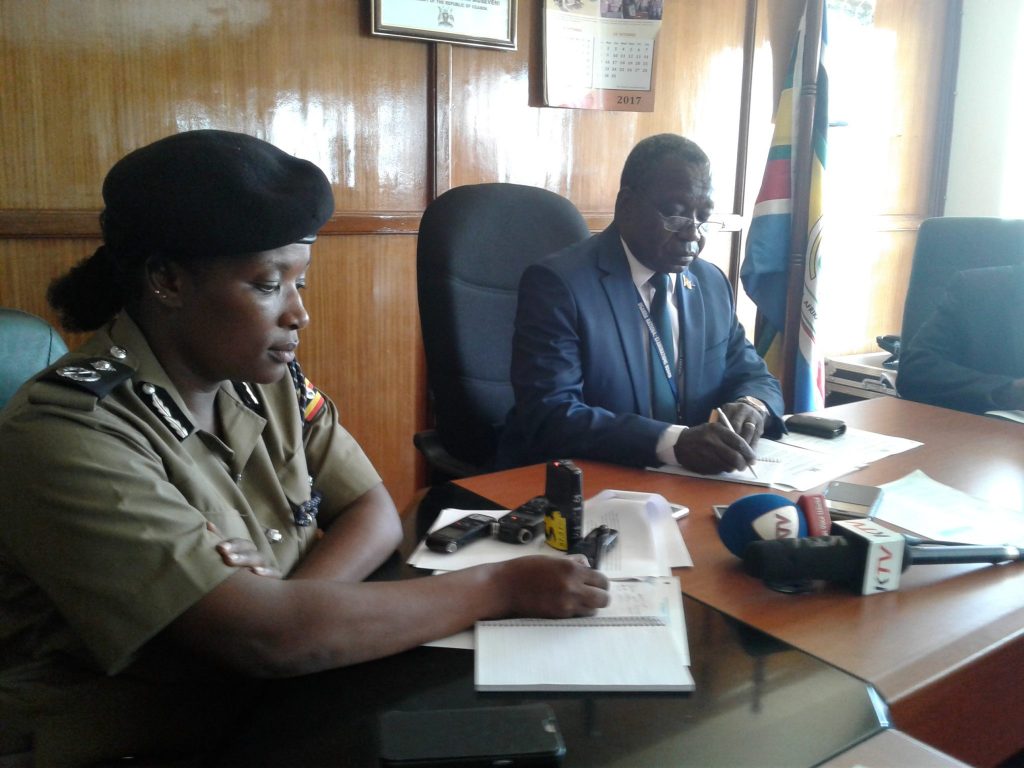 UNEB executive Secretary Dan Odong reveals that 27 suspects have been arrested for engaging in exam malpractice which saw the biology practical paper leak to the public on 24th October 2017 among them is a student from a secondary school in Iganga district.

While addressing the media ahead of the PLE kick off tomorrow, Odong mentions that the act was financially motivated as it involved the area supervisor for Iganga district who connived with teachers, student among other to steal the papers with intentions of selling them to willing schools and students.

The suspects whose identity has been retained by UNEB and Police were arrested from different parts of the country where they are still detained waiting to be prosecuted.

UNEB also confirms that the Iganga area supervisor connived with the head teacher from a school in Iganda still un identified and handed over the keys to the store in exchange for UGX.1 million to have the papers attained illegally from the store.

She further says they are only waiting for public prosecutors who are currently on strike to get back on duty for the suspects to be paraded before court on a number of charges among them being computer misuse act since the leaked exams were moved to different parts of the country by use of ICT gadgets among other charges.

The UNEB executive secretary further mentions that for one to kill education tantamounts to killing a whole nation and refers these suspects to having no patriotic spirit.

In a related development the board will be deploying over 8500 scouts and 116 district monitors from the districts and UNEB headquarters as well as unspecified number of security officers from different security agencies who will operate overtly and covertly to ensure the primary leaving examination is conducted in accordance with the regulations.

Tomorrow’s PLE exams will see female pupils being the majority compared to male pupils for the third time in a roll.