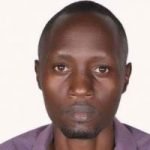 It’s indeed a new dawn in the politics of Zimbabwe. A new era as power slips through the fingers of a man who loved it most. A new beginning for the people of Zimbabwe. However, credit must go to those players that deserve it.
First and foremost, credit must go to the armed forces of Zimbabwe. Close to ten days since the siege began, they have exhibited utmost restraint and chose to handle the matter professionally even when they had an opportunity to cause mayhem.
Bravo Zimbabwean generals! You did not act like many anticipated. You ignored calls of violence when you were branded cowards who have failed ‘to act fast’
Bravo General Chiwenga! They say best Generals win battles without firing a single shot. That, you did perfectly well.
Credit also goes to ZANU-PF. The political leadership in Zimbabwe must be applauded for the systematic approach employed throughout the process. We have not heard of power struggles by opportunists within the party! It’s a credit well deserved. You wonder what would be the case if NRM was in charge in Zimbabwe.
Finally, credit goes to Mugabe. Yes you are a true revolutionary and Africa will always celebrate you. You played your part, built a’ll the institutions I mentioned above. And even during your last moments in power, you defied many and outsmarted almost everyone. You eluded those who intended to humiliate you by skipping a page in the resignation speech on Sunday night, and you have refused to personally deliver the resignation speech.
Bravo ‘uncle Bob’ you will be remembered as a leader who not only fought for independence, but also one who returned land in Zimbabwe to rightful owners.

The Writer is senior Parliamentary Reporter

'We too are sexually harassed' -Women MPs.