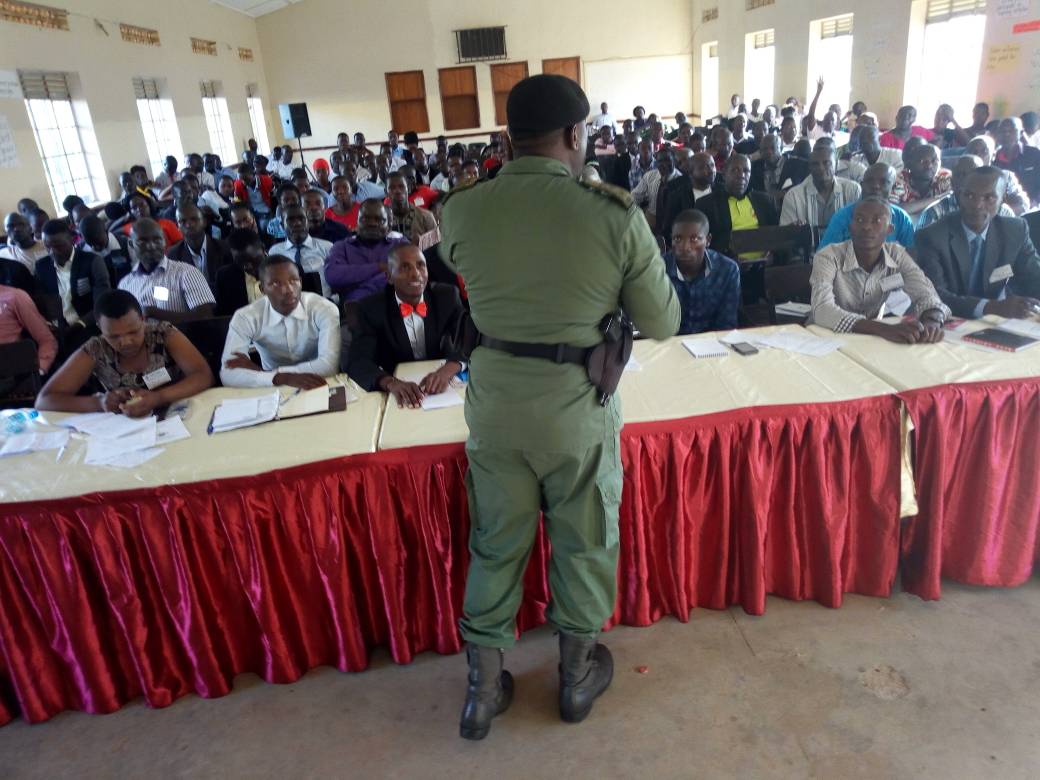 The deputy national coordinator of operation wealth creation lieutenant Gen Charles Angina has challenged student’s leaders to engage in agriculture if they are to get out of poverty.
Speaking at the closure of a 3 day consultative workshop of student leaders organized by Uganda students association UNSA at Shimon primary teachers college PTC in wakiso, Angina said students and graduates in the country should embrace agriculture to get wealth because it’s the backbone of the economy.
He urged them to utilize the land of their parents to to grow agriculture products like onions that will earn them money in a short period.
“If you use one acre of land to plant onions in a period of four months, you will reap 20 million shillings in a short time the Gen noted.
He expressed disappointment with some graduates in the country, who think that using agriculture to earn money is impossible.
“I faced resistance from makerere students recently when I was invited to address them about operation wealth creation, when I told them to embrace agriculture commercialization to fight poverty; they became unhappy, telling me why a whole graduate should engage in agriculture.
He said that the students instead demanded for motorcycles commonly known as bodabodas from him to get quick money, for getting the about dangers involved in bodaboda industry like accidents.

He said through engaging in agriculture business, people can eradicate poverty and avoid unemployment, if they utilize their land well.