DOCTORS-GOVT MEET ENDS WITH NO SOLUTION BUT HIGH TEMPERS 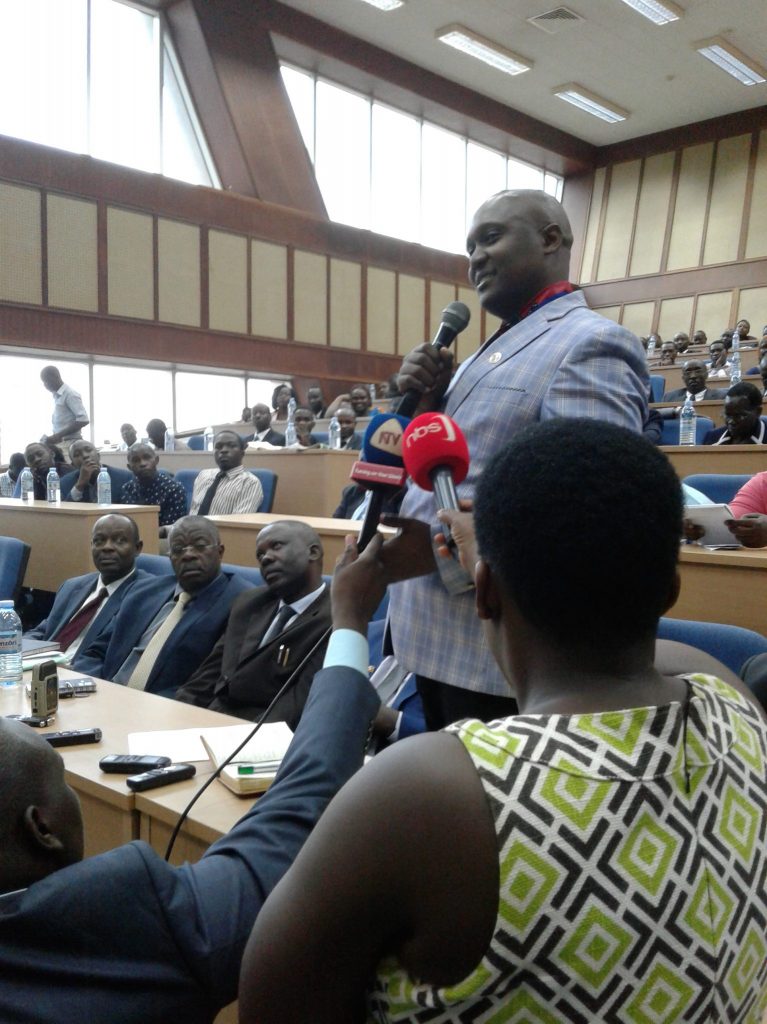 The meeting called by govt to address the ongoing doctors and medical interns strike has not yielded results following intense tempers from mainly doctors and interns.

The calm and gentle doctors and medical interns who listened carefully to the govt delegation led by the health minister DR. Jane Ruth Aceng lost their cool after their mother minister, solicitor general William Byaruhanga and the attorney general Mwesigwa Rukutana made it clear that their strike was illegal as it was called by an association that was not recognized by govt and asked the health workers to get back to duty before any further action is taken by govt, the statements that angered the health workers.

First on the floor was a medical interns from Hoima and Kampala who rubbished the statements made by govt negotiators reminding them they will not fear any form of intimidation but instead carryon with the strike not until their problems are answered. Again the interns reminded the government team about their status of not being students and now being practicing medical workers and now call for the reinstatement of internship contract which spelt out clearly the rights and obligations of both government and interns.

The Uganda medical association president, Dr. Ebuku Okware and workers MP Sam Lyomoki asked govt to take its time to study the situation and get final solutions to it as they maintain their stand of not getting back to work.

The both warned the delegation against being arrogant while speaking to then saying, it will not solve anything but rather worsen the situation.

The medics also accused govt for running a divide and rule plan which is intended to break the unity carried by the striking doctors which they say will not yield result.

The doctors now maintain their position of only attending to emergencies in all health facilities but ask patients to seek for other medical services from private health centers as the strike continues.