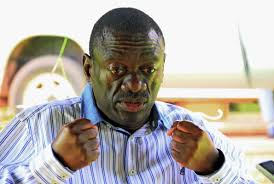 DIALOGUE AND RESPECT TO ALL WILL BRING REGIONAL DEMOCRACY. BESIGYE 11TH/10/17.
By Damba Rogers

Former FDC president and presidential flag bearer, Dr. Kiiza Besigye says that the only route to EAC member states achieving full democracy will be through dialogue and respect for all sides for the states to have meaningful electoral processes which will then see better and respected leaders take over power.

Just yesterday Raila Odinga under NASA revealed that he pulled out of the coming re-run for the presidential elections following the nurification of the earlier hosted exercise on grounds of irregularities hence calling for better reforms to facilitate a free and fair election in Kenya which Odinga says has not been realized.

Its upon this that Besigye says that all what is happening in the region points at the same direction of the ruling parties boosting of having numbers to take over power and do all that what they want to suppress the minority something Besigye says will not see the region attain democracy, host free and fair elections but rather will continue facilitating antagonism and insecurity in the region.

He then reflected on the current situation Uganda is going through where the NRM is also using numbers to suppress and opposition which he warns that will in a near future drag this nation into anarchy.

Solution best policy formulation from all sides to member state according to Besigye is the only way to go if EAC is to boost of good governance.

Kenya now is expected to hold the re-run to the presidential elections in the coming couple of weeks which many political analysts fear might not happen.