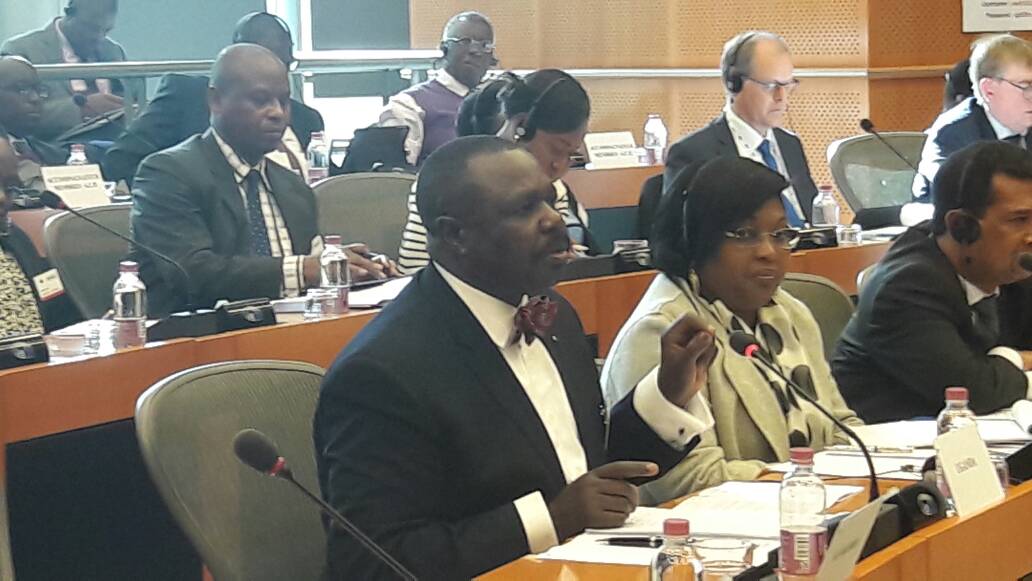 Deputy Speaker of Parliament of Uganda , Rt.Hon. Jacob Oulanyah has challenged the Joint Parliamentary Assembly of the ACP/EU Parliaments to become more functional if they are to provide better service delivery.

Oulanyah was speaking to the Assembly on the structural weakness that currently affect the performance of the Assembly.

He gave the example of a disparity in scheduled activity; while the EU Parliament members sit regularly and are a formal Assembly, the ACP meets only 4 times in a year and are only recognised in the same category as an NGO.

“There has got to be a corresponding Parliament to the EU Parliament,” Oulanyah stated.

“If the JPA was constituted by the EU Parliament and Pan African Parliament, it would be different.”

The Speaker noted that while the EU was already functional in nature, the ACP was more advisory.

“The Joint Parliamentary Assembly (JPA) has got to be given its real place as an Assembly and not as an NGO,” he ended.