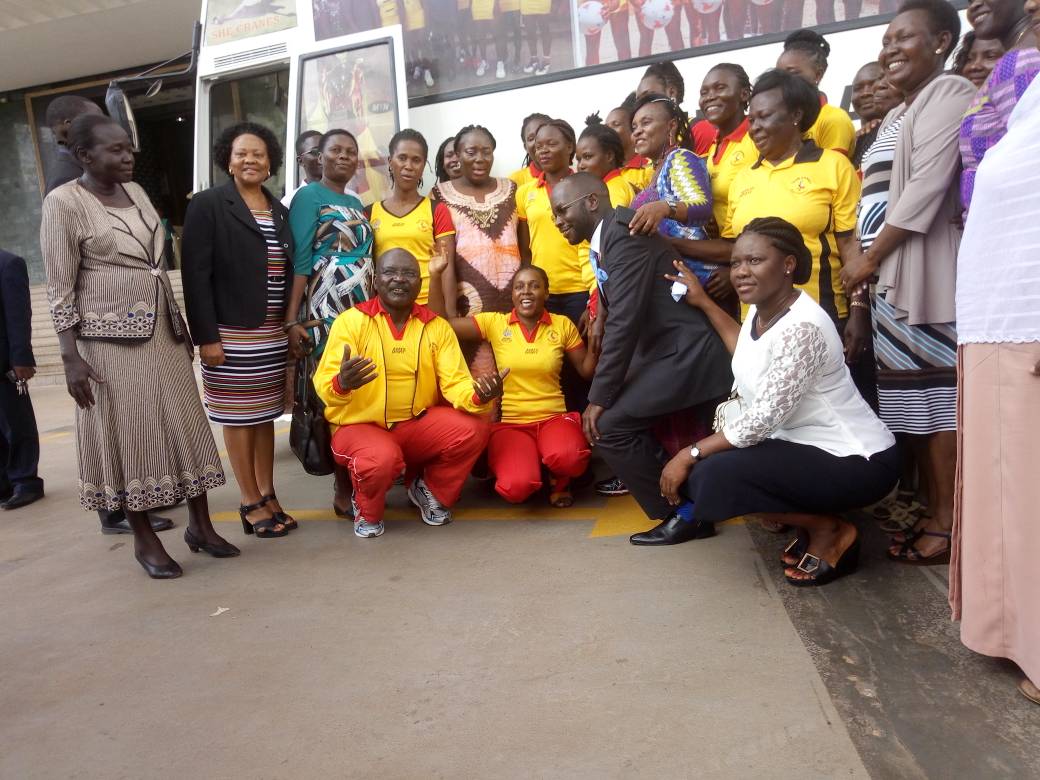 By Adiga Julius
The Speaker of Parliament Rebecca Kadaga has handed over a bus to the She Cranes Ugandan s netball team as a contribution from parliament to help out in its preparation for various netball programs ..
The speaker said that the contribution of 500,000 Shillings from each Members of Parliament is a gesture of corporate social responsibility that should be applauded.

She appreciated the Members of parliament for supporting the She Cranes, saying this move is to motivate the team for better performance and further improve its world rankings