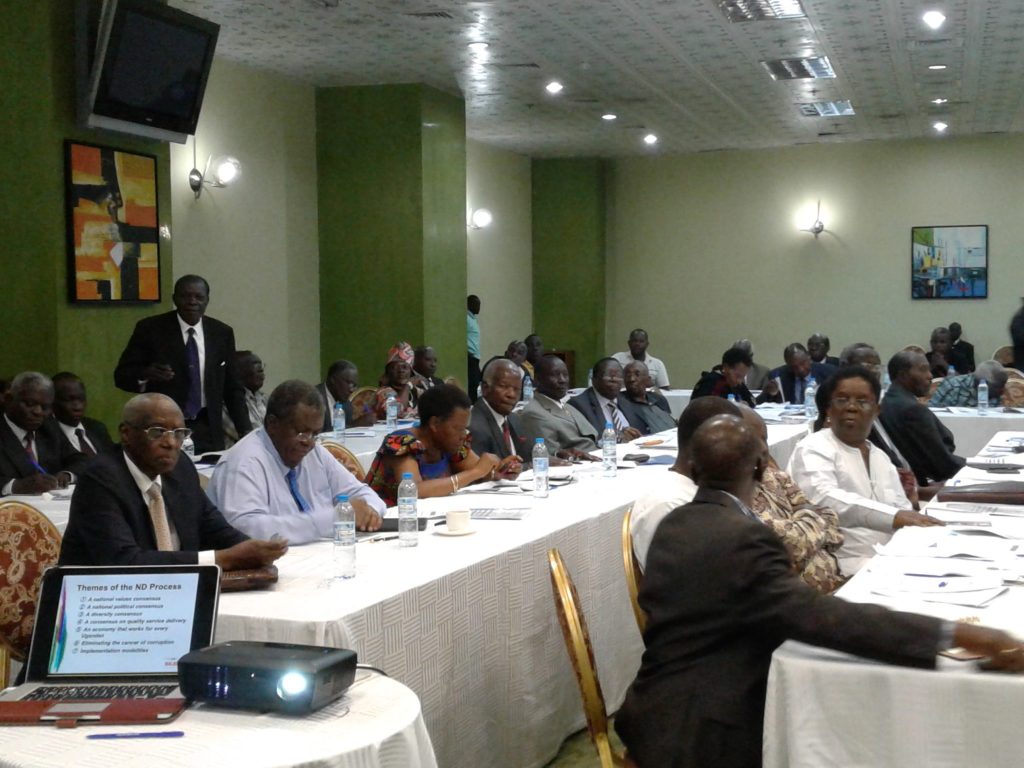 The elders forum convening today are attributing the current political impurse to the mistakes made by the earlier political leaders in the post independence error which have been transited to the current regime and now warn the NRM govt not to make the same mistakes that will plunge the country into chaos.

The chairman of the elders forum, Justice, James Ogoola says there is need for the nation to expeditiously address the fundamental issues of human rights coupled with respect for the rule of law as well as the people for the current hot tempers to go down.

He further wishes that a national dialogue to discuss matters that have and continue to affect the citizens and their leaders will be good as the debate will be used to shape the nation’s politics and leadership as both the leaders and subjects will give their views on how they want the country to be governed and where they want it to go.

However, other elders on the forum including Peter Mulira, David Kazungu, Roda Kalema, Margaret Ssekajja, Prof. Apollo Nsibambi among other also mention the bad governance and lack of good leadership which has fueled selfishness among the leaders in Uganda and other African countries if not checked then no meaningful peace and good governance will be attained.

Further they re-echo the need for the current regime to dully respect the constitution since it’s the supreme law of the country warning that jumping to amend certain article to suite certain individuals will not help to guide the nation and now state that any amendments should be for the good of the nation.

Now the elders call for a national dialogue for the nation to host a huge and national debate that will share all the burden he nation faces from both sides namely the leaders and subjects.

The meeting by a cross section of elders comprising of former judges, clergy, political leaders, civil servants and security officers among others is geared towards finding a lasting solution to Uganda’s political problems.