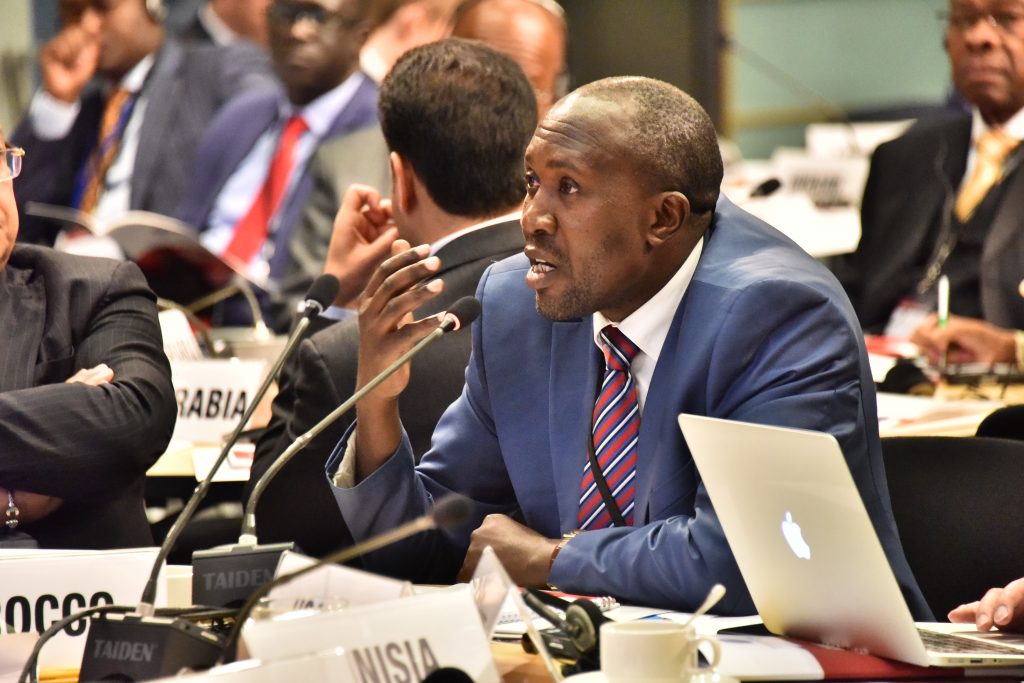 Kilak North Member of Parliament, Hon. Anthony Akol, has called on the World Bank to consider developing post-conflict reconstruction strategies that could help change lives of people affected by war throughout the world.

Speaking at the 2018 Global Parliamentary Conference at the World Bank Headquarters in Washington DC on Tuesday, 17 April 2018, Akol said that the Bank has been fundamental in helping countries to end wars and insurgencies in the world but they have always neglected the element of post war reconstruction.

The World Bank intervenes in conflict areas but once peace is restored, they quickly halt all their operations without considering any plan of post conflict reconstruction for displaced people, said Akol.

He said the World Bank should help poor communities in northern Uganda, South Sudan, Myanmar and Central African Republic, which have high poverty levels because they were affected by wars. The citizens of these countries need support  to enable them attain a better life, he added.

Dr. Jim Yong Kim, the President of the World Bank Group welcomed the idea and promised that the notion of post war reconstruction was going to be adopted immediately.

Hon Elijah Okupa (Kasilo County), and also the Chairperson of the Parliamentary Network on the World Bank & IMF, welcomed the move to adopt the idea of post war reconstruction and assured all members that Uganda was ready to take it up.

I am happy that the Bank has conceived this as a very important issue and soon we shall be transforming many people in northern Uganda, he said.

He also noted that European countries access African raw materials cheaply and sell finished products to Africa at very high prices, which he said was, clear exploitation of Africans.

At the Conference, panel sessions dealt with the issues of maximizing finance and development role of the private sector, conflict and violence, good governance and the role of legislators.

This annual meeting on the international development calendar is the only parliamentary conference where nearly 200 legislators from around the world directly engage with World Bank Group President and IMF Managing Director Madame Christine Lagarde.