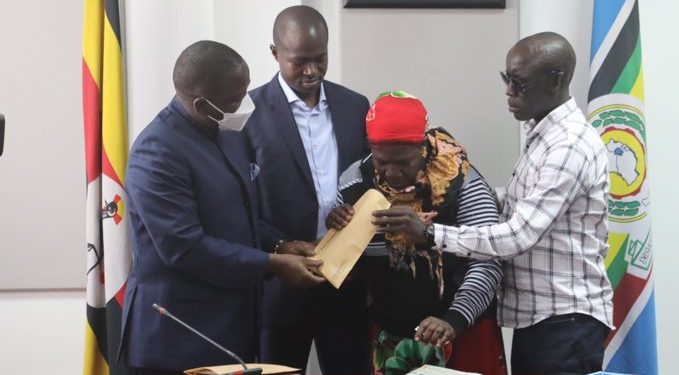 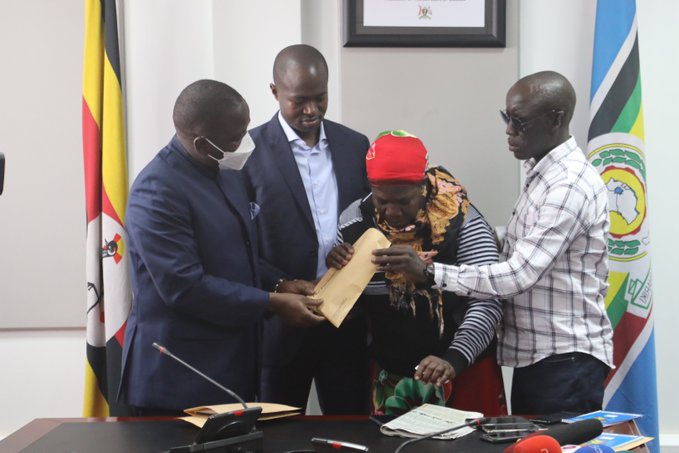 The Deputy Speaker Anita Annet Among has donated shs15m to the families of  the Jailed MPs Kawempe South MP Muhammad Segirinya and Makindye West MP Allan Sewanyana, mother to Segirinya.

The money was handed over to the two wives of the two legislators and segirinya’s mother with each receiving UGX 5m.

Earlier week, Kawempe North Legislator Muhammad Ssegirinya’s mother stormed parliament and protested delayed trial of her son who has been on remand together with Makindye west legislator Allan Sewanyana for close to seven months. The protest has not gone without notice as the deputy speaker of parliament today donated UGX 15m for the families of the incarcerated legislators.

The Deputy Speaker Annet Anita Among been represented by the two MPs; Iganga Municipality MP Peter Mugema a.k.a Panadol and David Kabanda, Kasambya county MP who extended her sympathies to relatives of the two legislators, assuring them all ways are being formulated to make sure that there is a speedy trial of the duo MPs.

Mugema noted that on his visit to Kigo prison where he represented the deputy speaker, the duo MPs they told him that their families can’t access their Bank Accounts, because they are not to authorize the withdrawal of funds.

The two MPs were charged with murder and terrorism and remanded at Kigo Prisons; the Prosecution alleges that on the 4th day of August 2021, the MPs   killed a one Bwanika Joseph of Kisekka B Village, Kankamba Parish, Lwengo District. Ssegirinya’s Justine Nakajjumba cried out to parliament saying the situation is not good at her home because she is sick yet Segirinya is the only son who was taking care of her.

Lydia Namata-wife to Allan Sewanyana together with Twahilah Akandinda- Ssegirinya’s wife narrated how their families have been traumatized by the arrest of the duo. They added that all projects which had been started in constituencies by their husbands have since stalled due to the prolonged imprisonment.