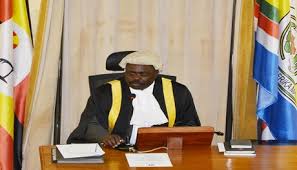 The deputy speaker of parliament Jacob Oulanyah defends the heavey deployment at parliament, saying it has been a as result of the statements made by some most threatening violence.

Oulanyah was reacting to a concern raised by the deputy opposition whip Roland Kaginda that the unusual deployment is scaring them as even some of their colleagues are being arrested.

However Oulanyah says that the kind of statements which have been made by some of most in the past days call for deployment.