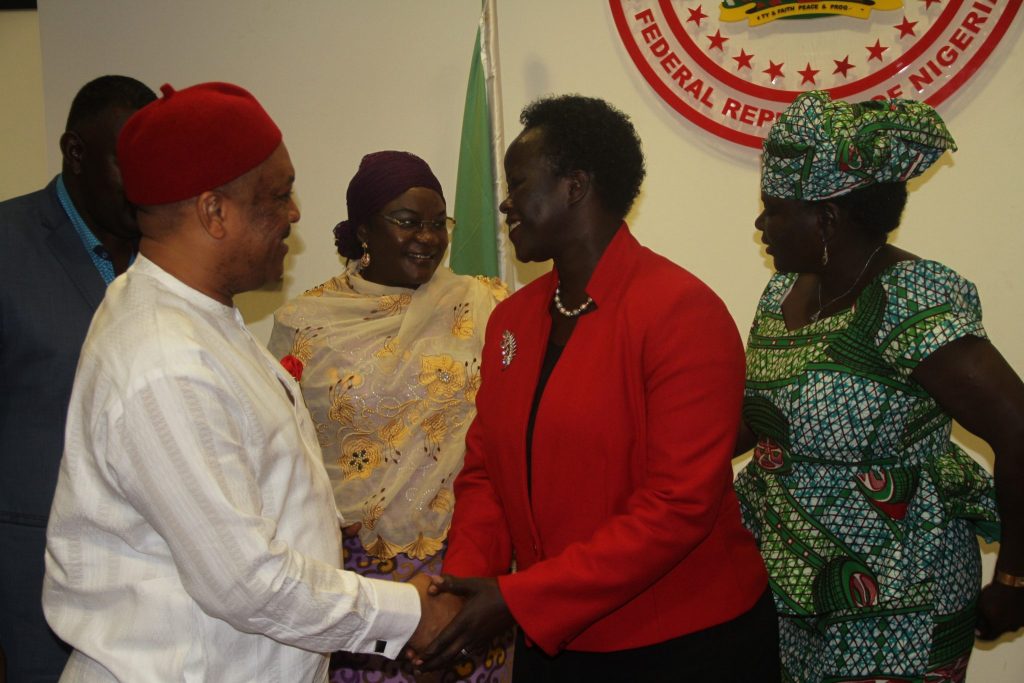 An effective Opposition must act as the last check to prevent impunity in governments in much of Africa, the Deputy President (Speaker) of the Nigerian Senate, Sen. Ike Ekweremadu has said.
Meeting a delegation of selected MPs from the Opposition, Sen. Ekweremadu said that the Opposition should also provide constructive criticism to government but support and praise it for good causes.
“Every government has a tendency to act with impunity; but the Opposition must act as the safeguard against this impunity, which will be common in a country with almost 100 percent on the government side,” he said.
Sen. Ekweremadu belongs to the People’s Democratic Party (PDP), the party in the Opposition. He was the first Opposition legislator to be appointed in the position in Nigeria.
“We need an effective and efficient Opposition, which will ensure that human rights, which are always abused, are protected and respected,” he said.
The Ugandan MPs included: Hon. Santa Alum (UPC, Oyam district); Hon. Silas Aagon (Ind., Kumi Munic.); Hon. Fred Tumuheirwe (FDC, Rujumbura) and Hon. Angelline Osegge. The MPs are in Abuja, Nigeria for a benchmarking workshop on strengthening the capacities of the Opposition in Parliament of Uganda. The workshop is being held at the National Institute for Legislative Studies, Abuja.
The Leader of the delegation, Hon. Santa Alum said that the MPs were at the National Institute of Legislative Studies to gain capacity needed in the Opposition leadership.
“We are here to gain capacity and strengthen our position and prepare the leadership of the Opposition to be the alternative government amidst what’s happening at home,” said Hon. Alum.
ENDS