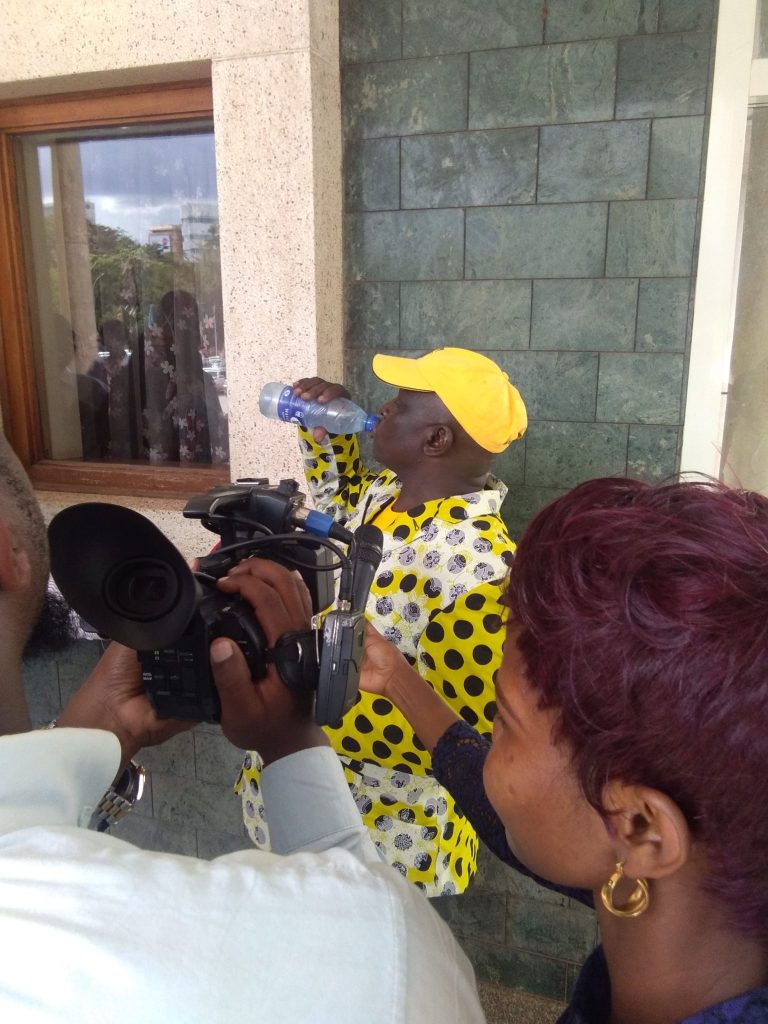 By Eyewitness.
There was drummer at parliament this afternoon when two mps from west
Nile fight over age limit talk.

Arua municipality mp Ibrahim Abiriga popularly known as yellow man was
first heard telling journalists how Bernard Atiku of Ayivu County had
tarnished his name and that of investment minister Evelyn Anite in
their area for supporting the age limit.

Trouble started when Abiriga who was standing in front of parliament
on the stairs of the south wing, shouted at Atiku who was coming from
the house calling him a fool, Atiku first ignored him, and went and
talked to Ngora county mp David Abara, who also provoked Abiriga
calling him a rebel.

However the insult didn’t go well for Abiriga forcing him to send a
blow to Atiku and then he reacted by boxing Abiriga thoroughly before
other mps and police intervened.