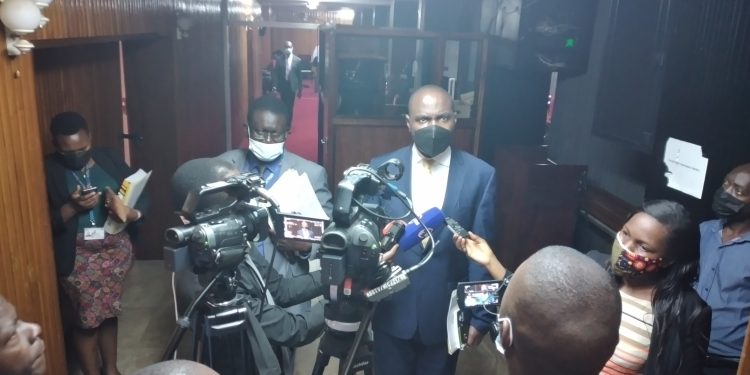 Debt Repayment Takes 35% of the 2022/23 Budget, MPs Call For an Audit of Government Loans.

The National Planning Authority has raised a red frag on over 35% of the 2022/2023 budget that has been committed to loan and interest payments.

Members of the parliamentary committee of budget have called for an Audit into loans acquired by the government to establish their performance.

A section of members on the committee of the budget has called for an audit of loans that have been acquired by the government to establish their performance and impact on the economy after establishing that loans are taking a toll on the 2022/23 budget.

The minister of state for Finance Henry Musasizi presented to the budget committee, the budget proposals for the estimates of revenue and expenditures for the fiscal year 2022/2023, quoting the total budget at Shs47.2tn of which Shs16.9tn has been allocated to public debt refinancing and interest payments.

Musasizi underscored issues of the government’s inability to borrow due to the increased Debt to GDP ratio to 53.9% that has exceeded the limits,  the inability to impose new taxes due to Covid 19 effects, and increasing commitments on loans as key driving factors of this budget.